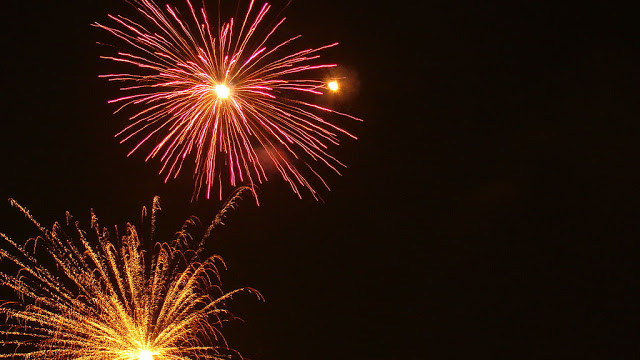 Burning crackers is an integral part of Diwali, the festival of lights. Crackers are burnt in each and every household and the festival is celebrated with a lot of dazzle and splendor. People buy Diwali crackers of different types to celebrate the day with their friends and families. The burning of crackers marks the victory of good over evil and for attaining peace, prosperity, health and wealth.

The history of firecrackers traces back to thousands of years in China long before gunpowder was invented. It was in 200BC that the Chinese came across some natural form of firecracker. They would roast bamboo that would explode with a bang sound when it is heated. The hollow air pockets in the bamboo would cause such sound that would ward off any kind of evil spirits. The first kind of fireworks were born between 600 and 900AD where the Chinese mixed saltpeter, charcoal, sulfur and other kind of ingredients which were an early form of gunpowder. The volatile substances were stuffed into the bamboo shoots and thrown in the fire which created a blast sound.

Very soon paper tubes replaced the bamboo sticks and it seemed that Chinese were gradually learning about the uses of firecracker. Attaching firecrackers to crude bombs during military engagements became a practice during the 17th century. Two hundred years later, they learnt how to throw fire explosives in the air. During the 13th century, fireworks became extremely popular that were burnt during military victories, religious ceremonies and public celebrations.

It was during the period of Renaissance that the concept of Standard fireworks came into existence. For 1000 years the only color that was seen in the fireworks was the orange color. During the 1830s the Italians were the first one to add metals or any other kind of additives to the fireworks which created the sparks and sunbursts seen in the most modern type of fireworks. The fireworks then had a variety of colors which includes red, green, blue, yellow and others.  European rulers were the first one to celebrate their victory and decorate their castles on important occasions with a variety of fireworks. The earliest display of firework in England was on the wedding day of King Henry VII in the year 1486. It was the Europeans who had brought the concept of fireworks to the new world. Gradually as the years went by, the display of fireworks gained more prominence during religious festivals so as to commemorate important days and to mark the victories of leaders.This is how the concept of burning standard firecrackers came into existence and the history of which traces back to China.