Hina Khan was trolled for supporting Riya Chakraborty, then the actress stopped speaking 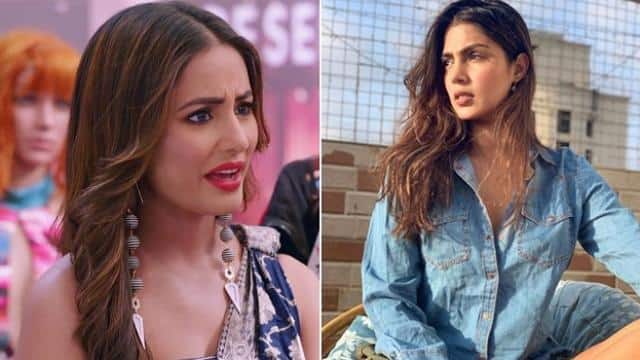 In the Sushant Singh Rajput case, the CBI has registered an FIR against 6 people, including Riya Chakraborty. Riya is being questioned by CBI. Since the FIR was registered on Riya, a lot of negative comments are being made about the actress on social media. In the meantime, Hina Khan had spoken on the media trial against Riya. He had said that he did not reach the conclusion before the investigation.

After this statement of Hina, she is being trolled to which the actress has responded to the trollers. Hina tweeted, ‘What I said was the whole thing, you all can read in this article. Just by reading a few lines you cannot tell what I have said. I know what I am saying and always keep my point because I believe in the law. I cannot judge anyone without judgment. ‘

My Exact quote n article in image below!
Reading in between the lines can never portray what I intended to say
I never mince my words n hv always been upfront abt my views.
Bcoz I believe n support da law,
I judged before a judgment is passed by da law.That’s all Jai Hind pic.twitter.com/mKflAZRbzu

What did heena say

Hina had said, “Let the CBI investigate this case and people do not investigate themselves and come to conclusions.” You can ruin Riya’s career by making such allegations. He may not be able to face anyone further.

Fan said to avoid commenting on this matter

A fan wrote to Hina, we know your intentions very well. But still you should avoid commenting in this matter. You don’t care about trolls, but your fans feel bad when people target you.

On this comment of the fan, Hina replied, ‘I always stand with the truth and want my fans to also support the truth with me. If we are together then we do not have to bother with these trollers.

I always stand by the truth and want my fans to stand with me for the truth, together! If we believe each other we shall never fear these trolls or bots. I had, have and will always have my point of view. Without fear.
Because truth gives you that power!
Jai Hind https://t.co/r11GEEyPUi

Talking about Hina’s professional life, she is seen in Naagin 5 these days. The show is being well-liked by Producer Ekta Kapoor. Fans are also very happy with Hina’s entry in the show.

PM Vaya Vandana Yojana: Fixed pension will be given every month even after retirement, know the process of investment

Recurring Deposit Scheme: A chance to add big money with a savings of 100 rupees every month, know how to avail