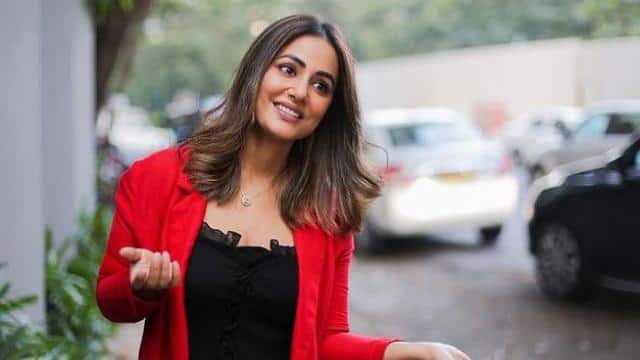 Actress Hina Khan became famous in the household as ‘Akshara’ of the serial ‘Yeh Rishta Kya Kehlata Hai’. Hina Khan entered the acting world at the age of 20. Her journey has not been easy, but the stage where she stands today, hardly any TV actress has reached. Hina Khan recently spoke openly about her journey while interviewing a social media page.

Speaking to Humans of Bombay, Hina Khan said, “I belong to a Kashmiri Orthodox family, where becoming an actor was not an option. My parents were not even ready to send me to Delhi, but I somehow convinced Dad and reached Delhi to study. A friend asked me to audition for a serial. I refused Don’t know what happened! I tried and I loved the casting director. The next day, I was selected for the lead role. “

Hina Khan says that I came to Bombay without informing the parents. I was 20 at the time. The production people helped me find a place to live. It took me several weeks to tell Dad all this. I was scared. Mother’s friends and relatives ended our relationship with us. By then my serial was a hit. After several weeks, Papa told me that you can be a part of this industry, but complete your studies first. Then my parents shifted to Mumbai.

Says Hina, “I used to shoot all night and study in breaks. Delhi went to give exams. Family stress kept increasing, I asked my mother not to pay attention to these things, but it was not easy for her to do so. Many times we had a debate about these things. Every year when my serial number 1 came, I started falling in love with the camera. “

Hina further says that after eight years I got a Big Boss offer. Earlier I could not do any romantic scenes nor wear short dresses, but over time I made my own rules. When my parents got used to me becoming an actor, I told them about Rocky. For him it was like a shock. Every person in my family is married in Orange. I gave time to my parents, now they love them more than me.

Says Hina Khan, “When the TV offers started coming to me one after the other, I took the risk and decided to leave the TV and come to the movies. I was very excited when I made my debut at the Cannes Film Festival. It was a matter of pride for me to present India. The entire TV and film industry stood in my support. This year I decided to come on the OTT platform. I had to do a kissing scene in it. I talked to my parents. I said yes, when my parents understood that this was the demand of the scene. My film became the most watched film. “

Hina finally says that it has been 11 years since I have been facing the camera. A little girl brought up in Srinagar, who never thought she would walk in Cannes. Many difficult decisions have led me to this. From Srinagar to Bombay, from being the first actor in the family to moving from community to date, letting money go easily, I will proudly say that I have made my own way.