Himanshi Khurana spoke on Kangana Ranaut’s tweet on the farmers’ movement – give them a wrong angle, learn from them 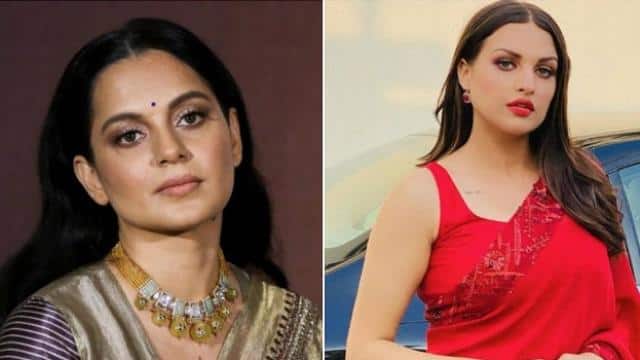 Kangana Ranaut speaks on every issue. Now recently Kangana has given her reaction on the farmers movement. However, Kangana did not like X Bigg Boss contestant Himanshi Khurana. Himanshi said about Kangana that if someone gives the wrong angle to the thing, then learn from them.

Actually, Kangana Ranaut tweeted, ‘shame … everyone is cooking their bread in the name of farmer. It is hoped that the government will not allow any anti-national element to take advantage of this opportunity and do not let the piece gang make another Shahin Bagh. ‘ Himanshi Khurana has given his reaction on this tweet of Kangana. Sharing a screenshot of Kangana’s tweet on her Instagram story, Himanshi wrote, ‘Oh … so now she is the new spokesperson. Someone should learn from them to give a wrong angle so that tomorrow these people do something, they have already spread the reason among the people that why there will be riots.

In fact, Kangana retweeted a tweet in which an elderly woman was seen in Kisan Protest. In this tweet, he was being described as Shaheen Bagh’s grandmother Bilkis Bano.

Kangana tweeted while retweeting, “Hahaha … She is the same grandmother who was included in India’s most powerful people.” These are available for Rs 100. Pakistan’s journalists have embarrassed international PR for India. We want people who can raise their voice internally for us.

Comedian Kapil Sharma, who came in support of farmers, said – We are with you, this issue should be resolved from the conversation.