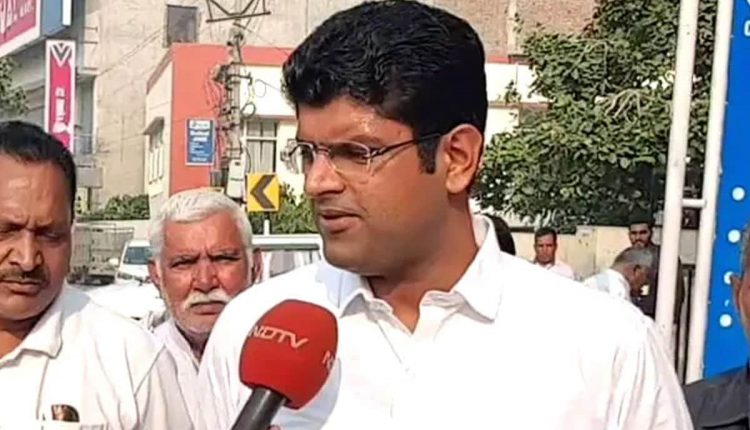 Government of Haryana in private sector 75% jobs reserved for local youth To approve the bill, the Federation of Indian Chambers and Industry (FICCI) has expressed reservations about it. FICCI has said that the decision will have adverse effect and as a result, the industry will be forced to move out of the state. The Haryana State Local Candidates Employment Bill, 2020 provides for quotas for local people in private sector jobs, where the monthly salary is less than Rs 50,000. According to the bill, this quota will be applicable for 10 years initially. Private companies, societies, trusts, partnership firms come under the purview of the Bill. The bill provides for the training of qualified local candidates in the event of non-availability of qualified people. To get a job under this quota, a person must have a birth place of Haryana or have been in the state for at least 15 years.

Haryana Deputy Chief Minister Dushyant Chautala on Tuesday said that the bill has been approved by Haryana Governor Satyadev Narayan Arya, with a provision to keep 75 percent of the private sector jobs reserved for the local people. The Janata Party chief was included in the election promise. The Jannayak Janata Party has won 10 seats in the 90-member assembly and formed a government in alliance with the BJP. Advocating on behalf of FICCI, the chairman of the organization, Uday Shankar, said that the move to hold 75% of the jobs in the private sector for local people would prove disastrous in terms of industrial development and private investment in the state

Haryana govt’s move to reserve 75% jobs for the local population in private sector will spell disaster for the industrial development and private investment in the state: Mr Uday Shankar, President, FICCI.#FICCISpeakspic.twitter.com/UrbhQxKPxm

It is worth noting that the Confederation of Indian Industry (CII) has also urged the Haryana government to reconsider the law of reservation for local people in private sector jobs. CII says that reservation affects productivity and competitiveness. The industry organization said that it hopes that the state government will reconsider it. CII Director General Chandrajit Banerjee said, “At a time when it is important to attract investment at the state level, the Haryana government should have avoided curbing the industry.” He said that reservation affects productivity and competitiveness of the industry. Banerjee said, “We hope that the Haryana government will reconsider this. The Prime Minister’s vision is of ‘Ek Bharat Shreshtha Bharat’. So we expect a unified and mobile labor market within the country”. Input)