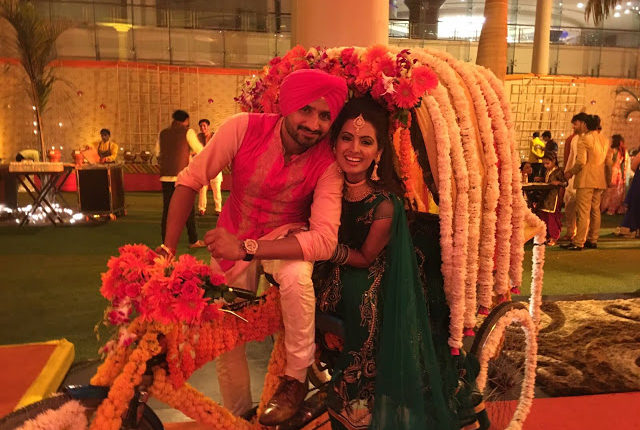 Indian cricketer Harbhajan Singh will tie knot with his long-time ladylove Geeta Basra on October 29 in a hotel in Phagwara, located nearly 20 kms from Jalandhar. After dating each other for almost three years, the duo officially announced about their relationship and wedding plans in September 2015.

A grand reception has also been organised in Delhi on November 1. The wedding reception will be graced by renowned cricketers and Bollywood celebrities including Virat Kohli, Yuvraj Singh, Priyanka Chopra and Amitabh Bachchan. Speculations are rife that Prime Minister Narendra Modi is likely to attend the reception as well.

As quoted by The Indian Express, Geeta’s wedding costume will have a combination of red and golden, and her reception outfit will have electric blue colour with sequins and mirror work.

Sharing about Bhaji’s look, Archana said, “An off-white self-on-self embroidered sherwani with an ornate red sword is designed for Harbhajan Singh, who very keenly took part in the selection of his outfits. For the Gurudwara, he will sport an achkan with breeches or churidaar, and a turban.” 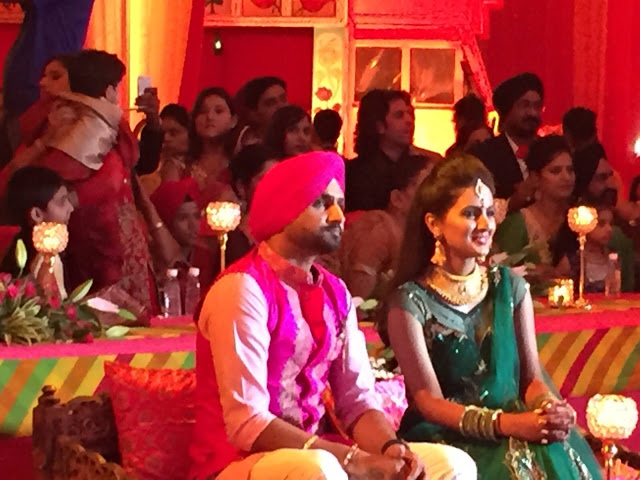 The five-day wedding festivities began in Jalandhar with mehndi and sangeet ceremony. Dressed in a pink and lemon yellow lehenga, Geeta looked like a graceful and beautiful would-be bride in her mehndi ceremony. Bhaji chose to be casual and simple.

Harbhajan took no time in sharing the sangeet ceremony pictures on his Facebook page. In the pictures, Bhaji was seen shaking a leg with Gurdas Mann and Mika Singh along with Geeta.

The entire social media was abuzz with the ceremony pictures and congratulating the couple. Soon, Harbhajan-Geeta wedding was trending on Twitter and Facebook. 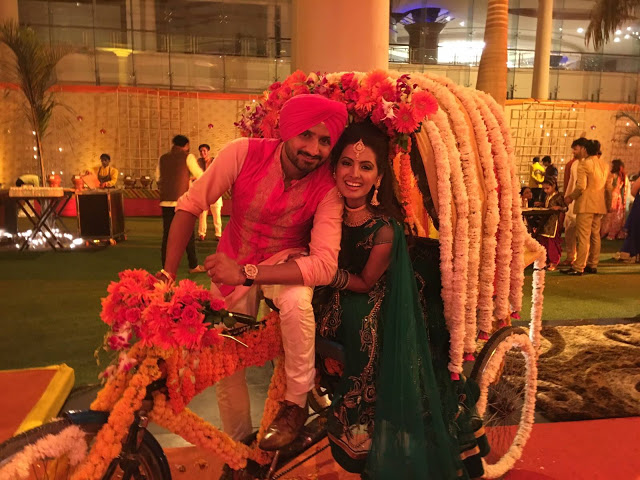 Reportedly, the 35-year-old cricketer is to join the team for the Ranji Trophy after his marriage.