Gulabo Sitabo: Amitabh Bachchan will be seen beating a cunning 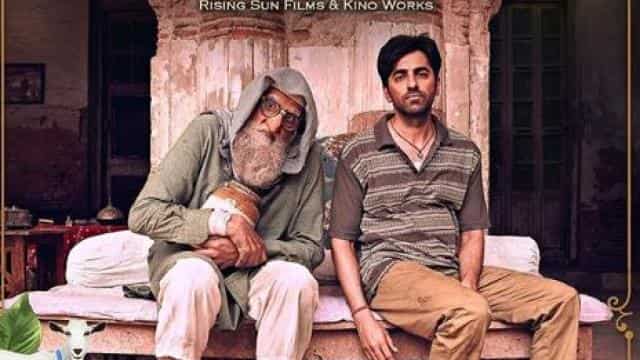 Amitabh Bachchan and Ayushmann Khurrana’s film Gulabo Sitabo is set to release on June 12 on Amazon Prime Video. Recently the trailer of the film was released, which was very well received. Now the audience is eagerly waiting for this film to be streamed. 2 days before release, Amitabh has shared a funny post about the film.

Big B has released a motion poster of the film. Along with this, he has written in the caption, See how to beat a cunning cleverly in two days. In such a situation, the fans are giving him a lot of congratulations for the film Gulabo Sitabo. This post by Amitabh is being liked and shared a lot.

Priyanka Chopra became emotional on her father’s death anniversary, shared a photo and said – I miss you every day

The man sought help from Sonu Sood to run away with his girlfriend, the actor said – why not send the family of the two together?

Significantly, the film is directed by Sujit Sarkar. This is the first film in which Ayushmann Khurrana and Amitabh Bachchan have done together. Apart from Ayushmann and Amitabh, actors like Vijay Raj and Brijendra Kala will also be seen in important roles. The story of the film is based in Lucknow. In this, the fight between a tenant and a landlord will be shown in a light manner.