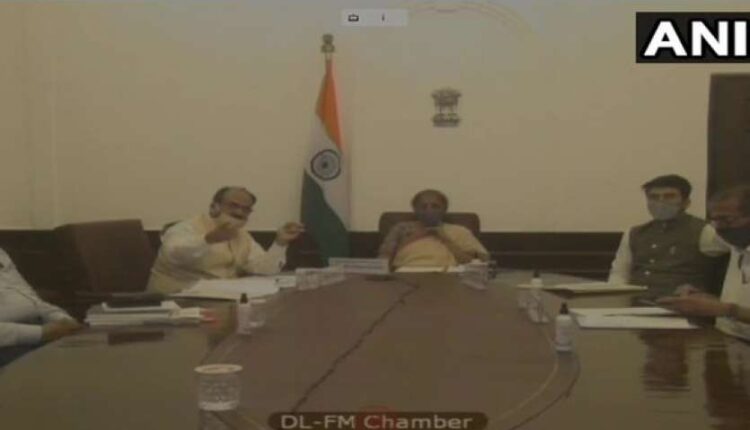 new Delhi. From April to July, the states are to be given 1.5 lakh crores as GST Compensation. In this case, the center and the state have come face to face. Two options have been discussed, either by the Central Government (Government of India) giving compensation to the states, or by the RBI ( rbi ) To be borrowed from. Opinions have been sought from the states in this matter within 7 days. The question still stands there whether the states will get compensation even after 7 days? This question is also arising because there is a possibility of Rs 2.35 lakh crore in the current financial year. Let us tell you that this special meeting was held only for the compensation of the states. It was earlier held in the month of July.

Who will take the loan?
Not only the central government but also the state governments are burdened with debt. In such a situation, who will take the loan to meet the expenses or to pay GST has become a big question. The Center has made it clear that earnings have come down significantly. Due to which the states will have to raise the debt themselves from the market, but it has been made clear by the state governments that the center itself should take the loan to provide compensation. Now the states are given 2 options to compensate the compensation amount. The Center itself, by borrowing, should give compensation to the states or be borrowed from RBI. The state has been asked to give its opinion within 7 days.

What was promised
At the GSTah Council meeting, on behalf of the Attorney General said that if GST came into force in 2017, then the transition period for five years was announced. This time is until June 2022. The Center had promised that the states whose earnings would be impacted by GST will be compensated by the Center. After the council meeting held in the month of March, Finance Minister Nirmala Sitharaman took legal advice on compensation compensation.

Heavy downfall in GST collection
According to information given by the finance secretary, there has been a huge decline in GST collection due to Corona virus. The law requires states to give GST compensation. He said that in the financial year 2019-20, the Center had given Rs 1.65 lakh crore to the states as GST compensation. 13806 crore given in March is also included. The Cess collection was seen at Rs 95444 crore in the financial year 2019-20.

Ration Card: If the dealer is bogged down in giving ration, then complain on these toll free numbers, the problem will be solved in a pinch