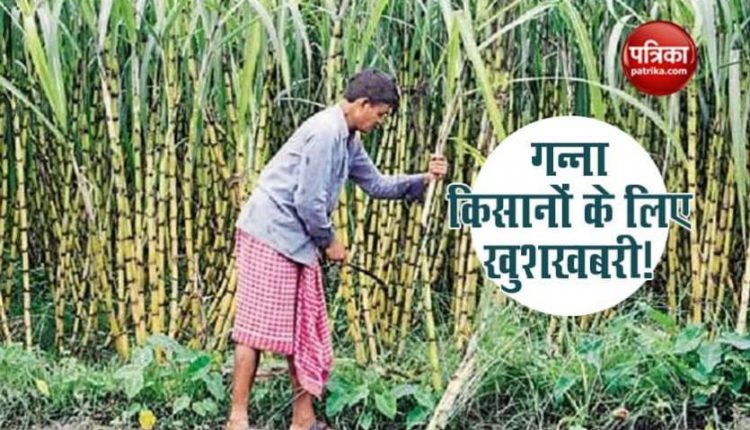 new Delhi. Farmers from all over the country including Punjab and Haryana are angry over the agriculture bill. They are constantly opposing it and demonstrating. Meanwhile, to make sugarcane farmers happy, the Haryana government has made a strong jugaad. The state government has decided to increase the sugarcane rate by Rs 10 per quintal to Rs 350 per quintal for the crushing season of 2020-21. This will benefit millions of farmers. The government claims that this price is the highest compared to other states of the country.

Haryana Chief Minister Manohar Lal Khattar has taken this decision with a motive to provide succor to sugarcane farmers and to overcome their economic problems during the Corona period. Meanwhile, CM has also approved the proposal to provide subsidy to sugarcane farmers for the current crushing season 2020.21 on the lines of the year 2018.19 and 2019.20 season. Sharing its detailed information, the government said that till May 2020, more than Rs 124.14 crore will be given as subsidy to various sugar mills of the state.

Central government is also giving subsidy
The central government has also recently taken an important decision in the interest of sugarcane farmers. Under this, a subsidy of Rs. 3500 crore has been approved for sugar exports for sugarcane farmers. This will directly benefit about 5 crore sugarcane farmers. These decisions have been taken by the Cabinet Committee on Economic Affairs. Union Minister Prakash Javedkar said that this time 6 million tonnes of sugar will be exported. To get the farmers and sugar mills out of the crisis, 60 lakh tonnes of sugar will be exported at the rate of Rs 6 thousand per ton. On this matter, Food Minister Piyush Goyal said that the government cannot reduce the fair remunerative price (FRP) on sugarcane. In such a situation, the product portfolio should be diversified to be efficient and profitable with the industry and minimized dependence on central subsidies.