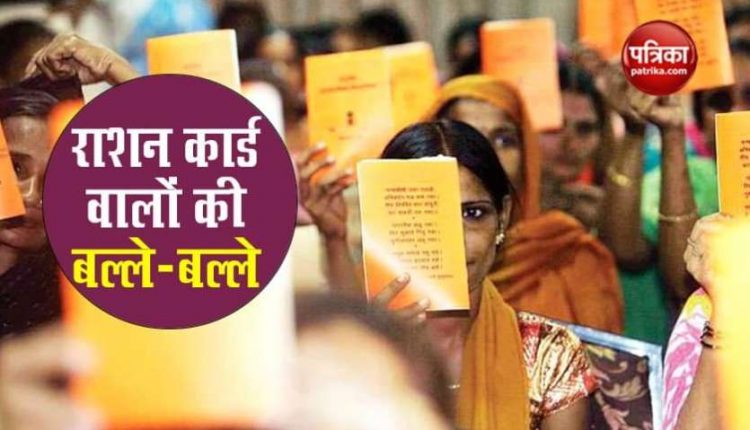 new Delhi. Through Ration Card, where people can take rice and wheat at affordable prices. At the same time it is also very important to take advantage of other government schemes. If you have a ration card then there is another good news for you. In fact, Tamil Nadu Government will give 2500 rupees to the card holders. The state government took this decision in the joy of the Pongal festival. Rationcard holders will get this amount in cash. The incentive amount will be distributed from January 4.

The government says that the Pongal festival is celebrated in the joy of harvesting. In such a situation, she wants the people of the state to celebrate this occasion with double enthusiasm and joy. Due to this, all ration card holders will be given money. This will be part of the Pongal package. Apart from this, sugar is also being made available to card holders at cheap rates. It is known that Pongal festival is celebrated on 14 January. Like every year, this time the government has taken this step to double the joy of the festival.

Last year, the Tamil Nadu government gave one thousand rupees to the common citizens to buy rice. Whereas this year the amount has been increased to Rs 2500. Not only this, one kg of rice, one kg of sugar and one cane are also being given free to the ration card holders. According to CM Palaniswami, about 26 million card holders will benefit from this year’s Pongal package. The government is trying to get all the ration card holders even before the Pongal festival. So that they can celebrate the festival with joy.