Government gave relief to sugarcane farmers of UP! Price hiked on every quintal of sugarcane 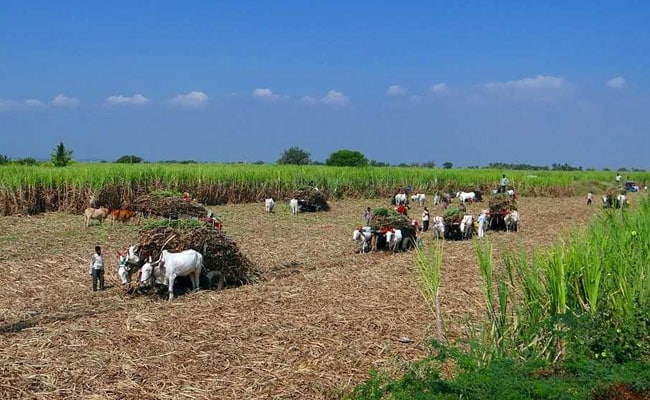 Sugarcane Price: The price of sugarcane has increased by Rs 25 per quintal. (symbolic picture)

The movement against the three agricultural laws of the central government for the last nine months and the United Kisan Morcha ‘Bharat Bandh’ A day before (Bharat Bandh) on Sunday in Uttar Pradesh Chief Minister Yogi Adityanath Referring to the schemes implemented by the Central and State Governments in favor of farmers. sugarcane price 25 per quintal increase in Rs. Chief Minister Aditya Nath said in the ‘Kisan Sammelan’ organized by the Bharatiya Janata Party-Kisan Morcha in Vrindavan Yojna in Lucknow, ‘The state government has decided that till now the price of sugarcane which used to get Rs 325 per quintal will be increased by Rs 25 and Now you will get Rs 350 per quintal.

Yogi said, ‘The government has decided that the price of normal sugarcane (Rs 315 per quintal) is being increased by Rs 25 to Rs 340 per quintal. It has also been decided to increase the price of unsuitable sugarcane by Rs 25 per quintal with hardly one percent left. The Chief Minister said, ‘It is our effort to give state-of-the-art seeds to the farmer with new technology so that he can move forward in the direction of early sugarcane production.’

Describing the benefits of this new announcement to the farmers, Yogi said, “This will increase the income of sugarcane farmers by an additional eight percent and change the lives of 45 lakh farmers.” He said that from this 119 sugar mills have to be run and it has to be combined with ethanol. He said that the farmers would accept the increase in the price of sugarcane in the new season and would take the state forward by increasing the production capacity.

* The central government increased the FRP of sugarcane but the farmers of UP were not happy with it.

The announcement came amid the farmers’ movement’s Bharat Bandh call

Let us inform that the United Kisan Morcha, which has been agitating for the last nine months against the three new agricultural laws of the Central Government, has announced a ‘Bharat Bandh’ on September 27 in the Kisan Mahapanchayat of Muzaffarnagar on September 5. Addressing the Mahapanchayat, the spokesperson of the Bharatiya Kisan Union, Rakesh Tikait, while calling for the vote, said that ‘now the slogan will have to be raised that if there is no price for the crops, then no vote’. Tikait had alleged that there was an increase in the sugarcane price under the BSP and SP governments. But the anti-farmer BJP government did not increase the sugarcane price by even a single rupee in four years.

UP farmers are not happy with the increase in the FRP of sugarcane, know what is the reason

Gold Price Today: There is a continuous decline in gold, if you want to buy then check the price now

Petrol-Diesel Price Today: Fire in diesel prices! Expensive for the third time in four days, these are the new rates