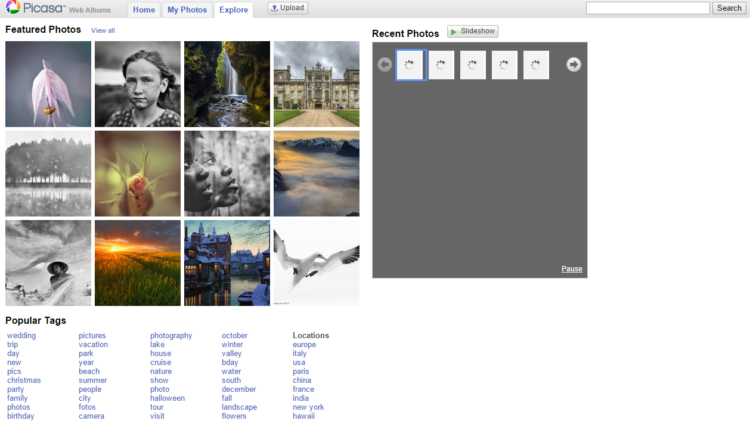 Google bids a bye to its photo service; Picasa as Google photos takes over the former. In this regard, Google also shut down its official blog on Picasa on Friday thus indicating that the service will no longer be available.

On the other hand, Google Photos has been seeing better demand as it is well embedded into mobile phones. Google also finds it better to operate one efficient digital photo viewer service rather than running both Picasa as well as Google photos which more or less serve the same purpose.

In one of his posts, Anil Sabharwal, the Head of Google Photos wrote, “After much thought and consideration, we’ve decided to retire Picasa over the coming months in order to focus entirely on a single photo service in Google Photos,” and also added, “We believe we can create a much better experience by focusing on one service that provides more functionality and works across mobile and desktop, rather than divide our efforts across two different products.”

When Google took over Picasa back then in 2004, it did have a good deal of fans. It only became stagnant over the next few years and then got associated with Google+. Ever since Google launched its new app Photos in May, notifications have been reaching out to people to switch over to it.

Not surprisingly though, the new app has managed to get more than 100 million users during October itself. The additional features that the app carries and makes itself stand out of the category to which Picasa belongs to, is that it is much more advanced with an option to organize and tag images automatically. There will naturally be a transfer of user accounts from Picasa to Photos. It is indeed a matter of pride for Google as the above feature is one of its kinds.

While Picasa was built bearing in mind the computer users first, Photos is built targeting mobile users primarily. As Google promotes users to share their photos using their new app, one can sense that sense of competition that Google is trying to give Apple and Facebook which have been doing the same since some time now.

The users of Picasa will be able to have their images stores on Picasa only until May 1st this year, which is scheduled to be the last date on which Picasa works. Beyond May 1st, the service is planned to be shut down completely. People willing to have their pictures relocated to Photos from Picasa can choose to have them automatically uploaded onto Photos. Sabharwal also calls it “creating a new place” for people who use Picasa. The desktop application of Picasa will as well be withdrawn by Google from March 15.

Using a much automated service from Google is sure to bring down the tasks that the users had to do while tagging pictures and captioning them. Uploading photos seems to have just got easier.