Good news for youth, Realme India will give 10 thousand jobs 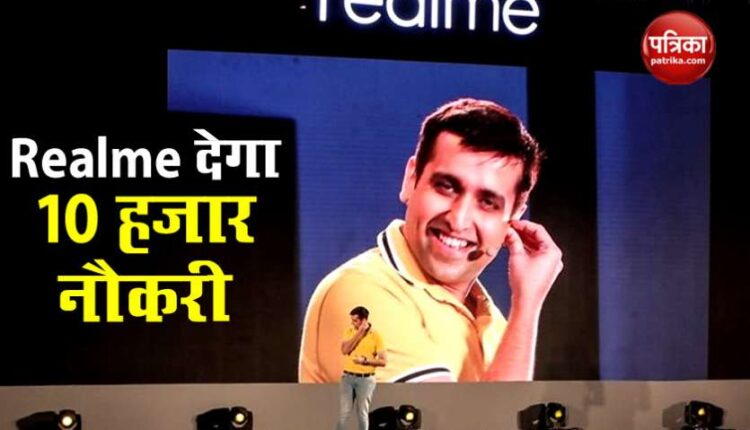 new Delhi. Smartphone maker has brought great news for the youth of the country. Reality India ( Realme India) has announced to remove 10,000 jobs in the coming months. The announcement was made by Madhav Seth, CEO of the company. According to the company CEO, he is going to make millions of Smartphones and millions of Artificial Intelligence Devices in the country. For which we are also planning to open factories in the country. Let us also tell you what he said about this.

Reality will bring 10 thousand jobs
Smartphone manufacturing company Realme is looking to increase the workforce in the country by the end of the current calendar year. According to Madhav Seth, the company is bringing more than 10 thousand jobs. According to Madhav Seth, the company is targeting to sell three crore smartphones and 80 lakh Artificial Intelligence base devices in the current financial year. He gave this information during the launch event of the Realme smartphone C12 and C15 series.

Plans to open factories in the country
According to Madhav Seth, he is working on increasing his production locally. Under which a plan is being made to increase the number of employees. At the same time, he also informed that more and more suppliers are being motivated to open factories in India and cooperate in advancing the economy of the country. Let us tell you that Reality is one of the biggest smartphone sellers in India.

PM Kisan Yojana: If you have agricultural land, then the government is giving 2-2 thousand rupees, know how