Good news! Domestic airfare will not be able to increase airlines till November, government increases aircapping 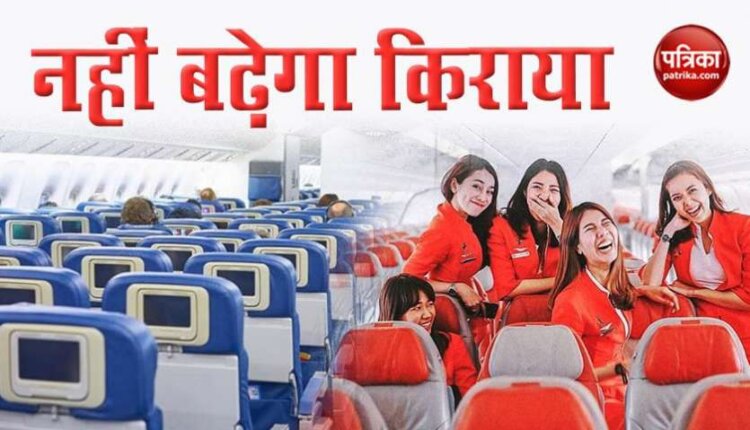 new Delhi: There is good news for those who are flying by air, in fact the Civil Aviation Ministry has issued an order for no increase in flight tickets till 24 November. This means airlines (November) By 2020, the flight will be operated at the same fare as it is currently and was designed to be delivered till 24 August. Civil Aviation Minister Hardeep Singh Puri (Central Aviation Minister Hardeep singh puri) informed that the capping released on Domestic Airlines was ending on 24 August. It has been extended for 3 months after which it will not be possible for airlines to make any changes in fares by 24 November 2020.

After almost 2 months of Corona Lockdown, on May 25, the government allowed domestic passengers to operate flights with the conditions, with this permission, the government charged fares to be charged by the airlines. The upper and lower limits were fixed so that the airlines could not take advantage of this situation. Let us tell you that the government had fixed these fares according to the time of flight i.e. travel time.

Let me tell you that due to Corona, the flight was canceled for about 2 months. Those were launched by the Government of India with conditions on 25 May 2020. Recently, the government has also allowed international flights.