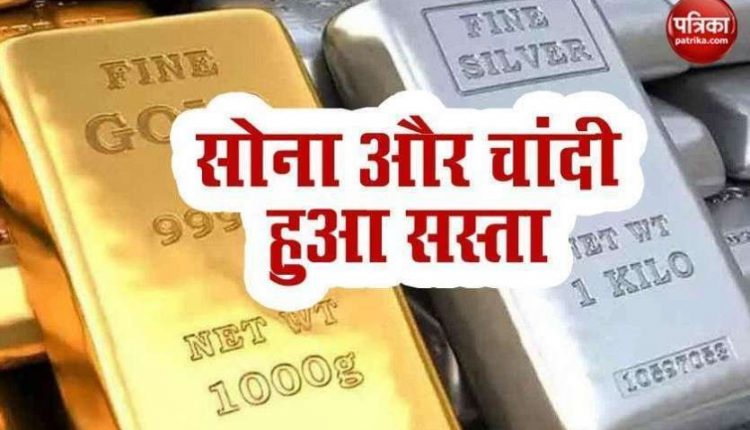 Gold Silver Price Today. Gold and silver prices again declined. Even though gold has not become as cheap as it was last week, the price of silver has fallen by more than Rs 2700 per kg. According to experts, gold is getting cheaper due to increase in dollar and demand in international market. While silver has gone below Rs 65000, gold has also gone below Rs 44650 per ten grams. According to experts, there is a further decline in the price of gold and silver in the coming days. At the same time the season of weddings is starting in the month of April. In such a situation, the price of gold and silver can be seen. Fall in the price of silver
On the other hand, the price of silver has fallen by more than 7 times compared to gold. According to data from the futures market, silver has become cheaper by Rs 2722 per kg in the last one week. According to the data, on Friday, silver futures closed at Rs 64,805 per kg in the market. Whereas on March 19, silver was at Rs 67,527 per kg. Gold has become much cheaper since March 19. Petrol Diesel Price Today: Know how fast the prices of petrol and diesel have become in your city.

Reliance lost more than 55 thousand crores in last one week, know the condition of other companies