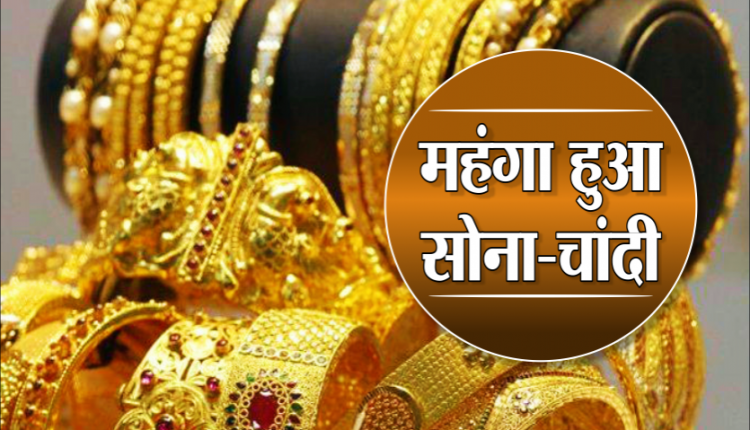 New Delhi. The second wave of Corona virus has spread its legs in India in a tremendous way. If we talk about the past 24 hours, then about 3 lakh new cases have come out. The effect of this is being seen in the price of gold and silver. In the month of April, gold has become more expensive by Rs 2900 per ten grams. While silver has also seen a rise of more than 4900 rupees. According to experts, there are signs of economic instability once again due to Corona virus. In many estimates, India’s GDP has dropped once again, due to which investors have started investing in safe havens i.e. gold and silver.

Something like this increased in the price of gold in April

Also read: The stock rose 157% in two months due to oxygen, when the truth came out

Silver prices increased in this way in April

Why increase?
Ajay Kedia, director of Kedia Advisory, says that in the past or before April, the corona virus cases in India started picking up again. After which first Maharashtra imposed a lockdown of 15 days, followed by the first two days in the country’s capital Delhi and then a 7-day lockdown was announced. At the same time, strictness is being seen in other states as well. Due to which the economic growth projections of the country have received a setback again. This is why investors have started turning to gold and silver.

Gold Price Today: If the rupee becomes strong then the decline in gold-silver trend, know the latest rate of gold