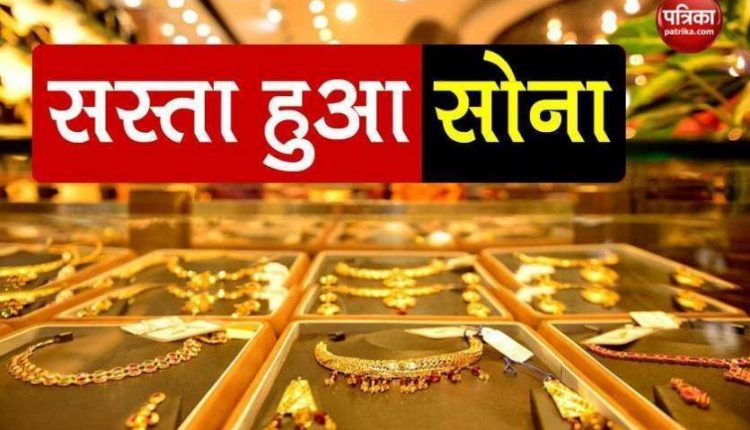 New Delhi. The glow of gold is getting faded as the corona of havoc decreases all over the world. In the last two months, the price of gold has fallen by more than 15 percent. The strengthening of the US currency dollar has increased further pressure on the price of silver along with gold. However, the decline in silver is less than gold. In the international market, during the last two months, gold has lost $ 278 an ounce, or 14.18 per cent, while the price of gold in India has fallen by more than Rs 7,600 per 10 grams. Silver also slipped by Rs 6,000 per kg in the domestic futures market.

Due to gold and silver being cheaper
According to Ajay Kedia, director of Kedia Advisory, investors’ interest in investing in bullion has declined after the dollar strengthened and bond yields rose, as well as a strong rally in the stock market over the past few months. He said that the pressure on gold and silver had increased since the introduction of the vaccine to prevent the corona epidemic.

Commodity market experts say that there was a concern initially regarding the vaccination program. However, after the vaccination program gained momentum, that concern has also gone away and the economic activities around the world are coming back on track, there are good signs of recovery in the economy. All these factors slowed down the movement of gold and silver.