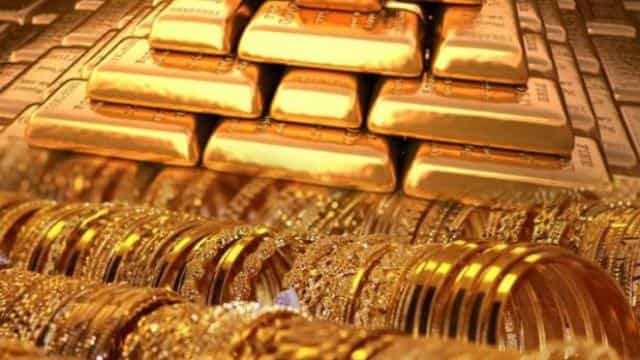 India is the world’s largest importer

India is the world’s largest gold importer. The country imports around 800 to 900 tonnes of gold every year. Gems and jewelery exports from the country fell 98.74 percent to $ 36 million in April. The country’s gold imports fell 14.23 percent to $ 28.2 billion in FY 2019-20 from $ 32.91 billion in 2018-19. Gold imports place a huge burden on the current account deficit of the country. Current account deficit refers to the difference between the arrival and departure of foreign capital into the country.

Ratnabhushan exports down 38.8 percent in March

ALSO READ: Gold Price: Gold price is soaring in lockdown, know where it will reach

GJEPC vice-president Colin Shah told PTI-language that these figures reflect the decline in demand for gems and jewelery worldwide due to the Kovid-19 epidemic. He said that ‘the government should focus on this area immediately and bring a special package for it. Meanwhile, exports of carved and polished diamonds were down 45 per cent in March this year. In March last year, the export of such diamonds was Rs 12,910.44 crore. This time it was 7100.75 crores. Polished diamonds were down by 20.75 per cent to Rs 1,31,980.87 crore for the entire financial year. Exports in the year 2018-19 were Rs 1,66,532.07 crore.