Gold has become more expensive than 500 rupees in May, know how much the prices have been 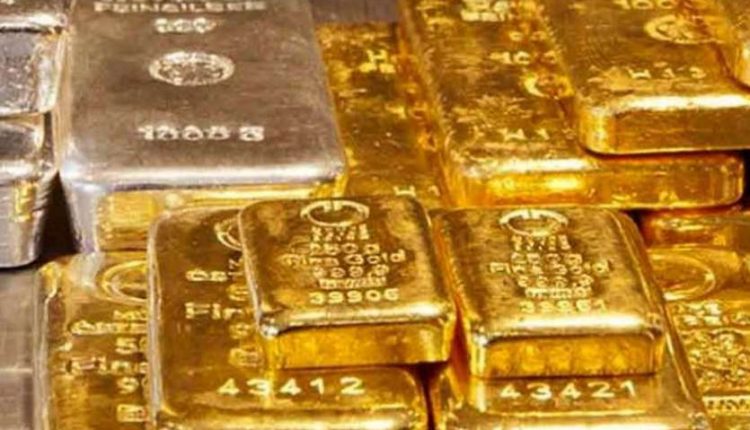 Gold and silver price in domestic futures market
At the same time, in the domestic futures market, the price of gold is currently trading at Rs 47,177 per ten grams with a gain of Rs 177 at 2.45 pm. Whereas gold was opened at Rs 47,042 per ten gram today. On the other hand, the price of silver is also increasing by 1 percent. Currently, silver is trading at Rs 70,199 per kg with a gain of Rs 580. While silver opened at Rs 69,692 in the morning today.

Also read: RBI has made a big announcement, who will get the benefit of loan restructuring

Silver up 2100 and gold up to 500 rupees in May
There has been an increase in the price of gold and silver in the month of May. Especially the price of silver has been seen more sharply. Silver closed at Rs 68,366 per kg on 30 April. Whereas today silver touched a high of Rs 70,496 per kg. That is, silver has become expensive by Rs 2100 in this month. At the same time, gold has become less cheaper than silver. On April 30, gold had closed at Rs 46,737 per ten grams. After which gold today rose to a day’s high of Rs 47,263 per ten grams during the trading session. That is, gold has become expensive by Rs 526 in the month of May.

Gold is now 9000 rupees cheaper than the highest level
Even after gold being expensive by 525 rupees in May, it is cheaper by 9000 rupees than in August 2020. According to the data, gold reached Rs 56191 per ten grams in the first week of August. Gold today reached the day’s low with Rs 47055. That is, since then gold of Abat has become cheaper by Rs 9000 per ten grams. At the same time, silver is also cheaper by about 10 thousand rupees. Silver came to Rs 79980 per kg in August.

Also read: Tata Steel Share has grown more than 4 times in a year, market cap has increased by more than 1 lakh crores

What do you know
Ajay Kedia, director of Kedia Advisory, says that he was neither predicting nor recommending a rate hike after US Secretary of State Janet Yellen made it clear. The rupee is seeing a sharp rise against the dollar. Technically, gold prices are below $ 1800, but in the coming days it can cross the $ 1856 level.