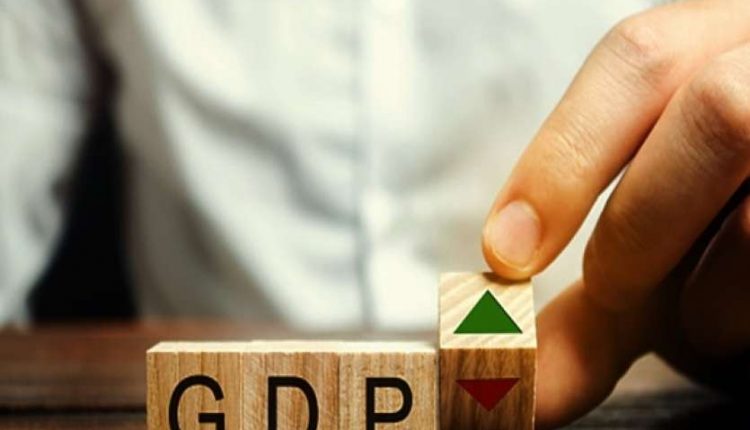 new Delhi. The country’s GDP is projected to fall by 7.7 per cent during the current financial year 2020-21, as compared to 4.2 per cent of the country’s economic growth in the previous fiscal. The first advance estimate of GDP for the current financial year was released by the National Statistics Office i.e. NSO. At the same time, a statement has come from the Finance Ministry on these figures. The ministry has said that the country’s economic activity has improved rapidly in the third and fourth quarters. Due to which the NSO has kept the GDP rate at 7.7 percent.

GVA estimates up to Rs 123.39 lakh crore
As per the First Advance Estimates released by the NSO, the actual gross value added (GVA) is estimated to be Rs 123.39 lakh crore in 2020-21 as against Rs 133.01 lakh crore in the previous financial year. Thus the GVA is expected to fall by 7.2 per cent in the current financial year. According to the NSO, although the restrictions imposed on 25 March 2020 for the prevention of the Corona epidemic were subsequently relaxed, it affected the economic activity as well as the data collection process.

There may be such a decline in these sectors
According to the first advance estimate of GDP, the real GDP of trade, hotels, transport, communication and broadcasting related services may fall by 21.3 per cent in the current fiscal, while financial, real estate and professional services are 0.8 per cent and public administration, defense And other services are expected to fall by 3.7 percent. At the same time, the actual GVA for agriculture, forestry and mahigiri is projected to increase by 3.4 per cent, while the mining and quarry sector is projected to fall by 12.4 per cent and manufacturing sector by 9.4 per cent.

Reaction of Finance Ministry
Following the data, the Finance Ministry has given a statement. The Ministry has said that the advance estimates for 2020-21 point to a rapid improvement in economic activity in the third and fourth quarters of the current financial year. Due to which the economy is expected to remain 7.7% in the current financial year. The quarter-on-quarter improvement, according to the ministry, is a sign of the economy’s strong foundation and V-shaped recovery after lockdown.

NPS: Returns will be more than mutual funds, Lakhpati can be made in just 5 years