Gautam Adani may soon snatch from Mukesh Ambani the crown of being the richest Asian, know how much distance is left 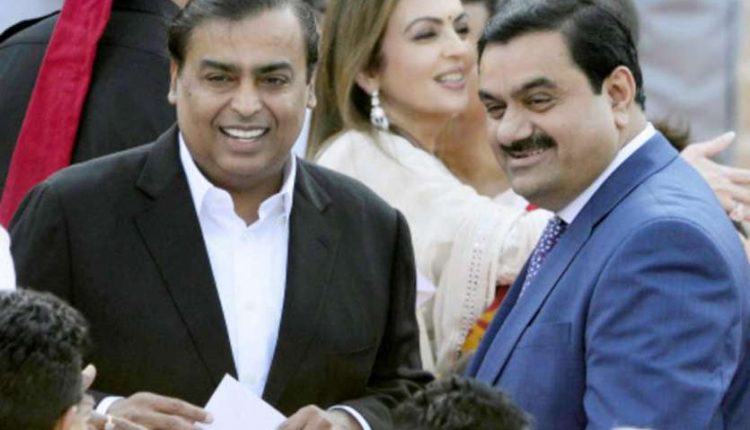 New Delhi. Mukesh Ambani holds the crown for being the richest Asian. Which is now under threat. This threat is not from anyone else but Indian industrialist Gautam Adani. Currently, it has come second in the list of being the richest in Asia. The benefit between the two is now less than 10 billion dollars. If the shares of such Adani Group companies continue to increase, they may soon leave behind Mukesh Ambani. Let us tell you that Gautam Adani has come on the 14th position in the list of world’s rich. While at the 13th position is Mukesh Ambani.

Also read: Government is giving tremendous earning opportunity through LPG Gas Cylinder, one lakh centers will open in the country

How much Gautam Adani’s property has become
Gautam Adani’s net worth has increased to $ 67.6 billion, or Rs 4.93 lakh crore, due to the increase in shares of Adani Group companies. In the current year, his wealth has increased by $ 32.7 billion i.e. Rs 2.38 lakh crore. He is now the second richest man in Asia. He has also left behind China’s billionaire Zhong Shanshan.

Bounce in company shares
For the past few months, the shares of the Adani Group company have been seeing tremendous growth. In the last one year, Adani Total Gas shares have risen by about 1145%. Adani Enterprises and Adani Transmission have gained 827 per cent and 617 per cent, respectively. Due to all this, there has been a tremendous increase in the wealth of Gautam Adani.

SBI Alert: Deal with your important work till the evening of May 21, online service will be closed till May 23