Gauhar Khan and Zaid Darbar’s marriage, both of them wrote ‘Qubool Hai’ on Instagram, see photos 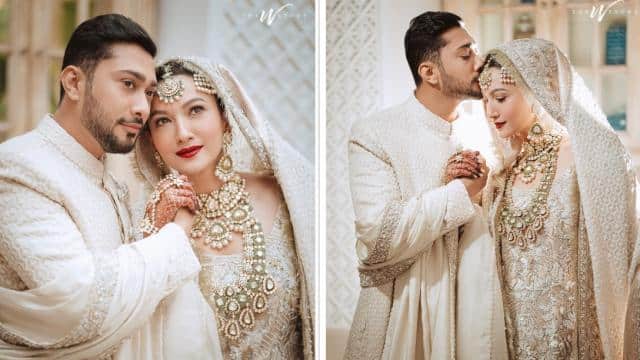 Both the stars have been sharing pictures of their wedding show continuously for the past several days. Not only this, both had also conducted pre-wedding photo shoots and shared photos with the fans. Earlier on Thursday night, both stars celebrated their mehndi ceremonies. During this, Zaid Darbar’s father and veteran musician Ismail Darbar was seen singing in the song Lut Gaye Hum Teri Mohabbat of ‘Hum Dil De Chuke Sanam’.

Gauhar also included his fans and media in his happiness. She was constantly sharing photos on Instagram, sharing updates of pre-wedding ceremonies. During the lockdown, the two decided to be together forever. Interestingly, there is a big age difference between Zaid Darbar and Gauhar Khan.

Bollywood Round Up: Read Entertainment’s 10 Big News and Gossip Today