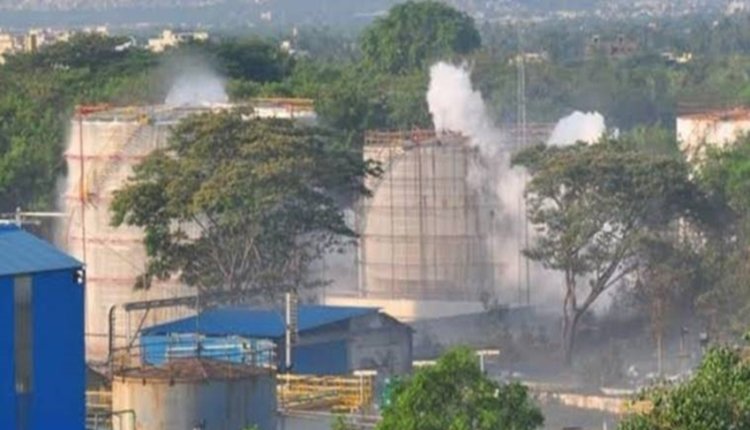 11 people died after a leakage of styrene gas at the LG Polymer factory before the morning of 7 May in Visakhapatnam, Andhra Pradesh. The state government constituted a high-level inquiry committee to investigate this, but the FIR report filed by the local police at the Gopalapatnam police station is shocking. The FIR, filed about five hours after the accident on 7 May, does not name any employee of LG Polymer Factory. It is written in the FIR that some smoke rose from the factory, there was some stinking air and this put the lives of the people in danger there.

Police wrote in the FIR, “At around 03.30 am some smoke came out from the LG Polymer Company, which was smelly, causing the neighboring village (s) to be affected by it. The smell of smelly air threatened human life and due to fear, all the villagers started escaping from the houses. In this incident 5 people died and the remaining people were admitted to hospitals as patients. ” The death of five people has been confirmed in the FIR but by the time the FIR was registered, 10 people had died.

Not only this, the FIR does not even mention styrene gas, while the presence of this gas was confirmed by the police officers on the day of the incident. The FIR does not even name any employees from the company. Sections 278 of the FIR IPC (making the environment harmful to health), 284 (careless conduct in relation to a toxic substance), 285 (any act with a dangerous object), 304-II (knowing Jaih Is also under threat of death from this act).

When Indian Express asked the Joint Chief Inspector of Factories, J Shiv Shankar Reddy, he said, “After the lockdown, the then MD of Lazy Polymer and the Director of Operations, P.P. Chandra Mohan Rao was responsible for reopening the factory but he was not present in the factory on the night of 6-7 May, when it was decided to start work in the factory. ” The Indian Express also tried to contact PP Chandramohan Rao, made several calls to him but could not contact him.