From National Squash Player to Success Businessman, Deepak Kochhar’s journey has been 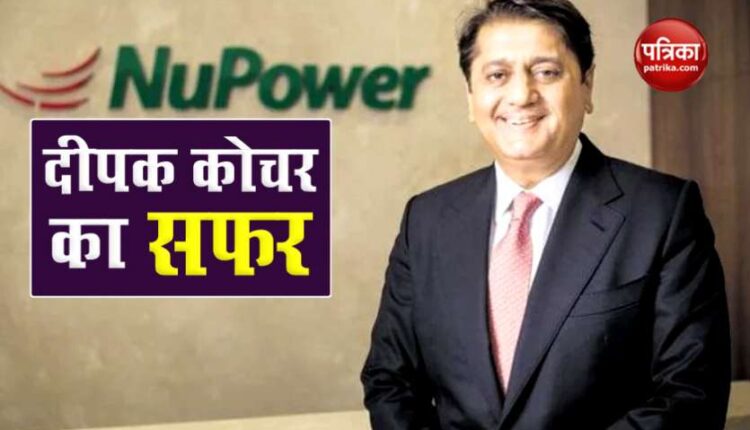 new Delhi. Deepak Kochhar was arrested by the Enforcement Directorate on Monday night. She is the husband of Chanda Kochhar, a prominent woman of the country and former head of ICICI. He has been arrested in the case of Videocon scam and money laundering. Though Deepak Kochhar has been in the limelight much less than his wife Chanda Kochhar, but he did not limit his identity to being only Chanda Kochhar’s husband. He not only made a mark in the business. Rather, he has also been a good player of squash during his youth. Let us also tell you that there are some things in his life that very few people know.

Deepak was the owner of this company
Deepak Kochhar was the CEO of the company, along with being the founder of the electricity generating new power Renewables Private Limited. In 2018, his company was working on a project to generate 700 MW of electricity. Apart from this, work was going on in Karnataka, Rajasthan, Maharashtra, Andhra Pradesh and Madhya Pradesh. The company’s share capital is about Rs 460 crore. The head office of the company is at Bandra Kurla Complex. Surprisingly, the headquarters of ICICI Bank is also here. However, ED had attached movable and immovable assets worth Rs 78.15 crore to Chanda Kochhar, Deepak Kochhar and their companies in the beginning of the year.

Also read: Video of Arthur Road Jail in London court in hearing against Nirav Modi, know what the whole case is

Deepak Kochhar has been the national player of Squash
Very few people know about Deepak Kochhar, but there is one more important thing that people do not even know. Chanda Kochhar’s husband Deepak Kochhar has also been a very good squash player. He has won the national titles in squash three times. By the way, we could not get information about what those years were. But according to experts, he was a very good squash player. If played further, the international title could also have made its name.

Also read: Applying for the Happiest Minds IPO came almost 3 times on the first day, will be seen again today

Chanda-Deepak became lifemate from batchmate
Hardly you know that Chanda Kochhar was a batchmate from college to studies from management. Both of them earned a master’s degree from Jamnalal Bajaj Institute of Management. Howard was also with the business school thereafter. Because of which both got a good chance to understand each other. After which both of them also got married to each other. Both are living a good married life. Where Chanda Kochhar is always in the limelight. At the same time, the life style of Dichak Kochhar has always been a low profile.

Also read: You also applied in ONGC recruitment exam, so you can see your result

What is the charge?
The entire case relates to an investigation into alleged irregularities in money lending and money laundering to Videocon Group. As per the investigation, Videocon Industries Limited and its group companies were given refinance and fresh loans of Rs 1,730 crore sanctioned and these loans became NPAs for ICICI Bank on March 30, 2017. According to the investigation, out of the Rs 300 crore loan sanctioned to Videocon International Electronics Limited by a committee headed by Chanda Kochhar, Rs 64 crore was transferred to Deepak Kochhar’s Nupower Renewables Private Limited Company on September 8, 2009.

SBI Gold Loan: The most special scheme of SBI, know how farmers will get cheaper loan?