From June 5, Rs 500-500 will come in Jan Dhan accounts, this is the rule to withdraw money 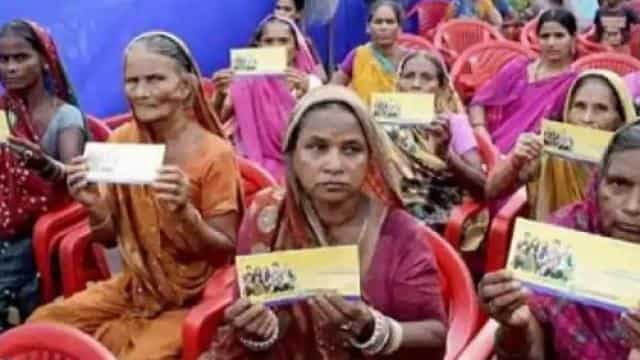 The Jan Dhan account holders will also get the benefit of Pradhan Mantri Garib Kalyan Yojana, which provides ration and financial assistance to the poor amid lockdown. Under the Pradhan Mantri Garib Kalyan package of Rs 1.70 lakh crore, 42 crore poor have received financial assistance of Rs 53,248 crore. Under this, the June installment of 500 rupees is being sent to the bank account holders of PMJDY in the banks. On this, the Indian Banks Association has tweeted that your money is completely safe. To avoid congestion in banks, take money from branch, CSP, bank friends as per the time table given below. Under the Pradhan Mantri Garib Kalyan Package, women of PMJDY should keep track of the last number of their account.

Under the Pradhan Mantri Garib Kalyan Package, women account holders of PMJDY are being sent bank installments of ₹ 500 in the month of June. Money is completely safe, in order to avoid congestion in banks, please contact branch, CSP, bank friends as per the time table below.@DFS_India pic.twitter.com/n0bA6Cge8v

Finance Minister Nirmala Sitharaman had announced an ex-gratia of 500 rupees every month for three months to all women account holders under the Pradhan Mantri Jan Dhan Yojana (PMJDY). This amount is part of the Prime Minister’s poor welfare package of Rs 1.7 lakh crore. Apart from this, the supply of free grain, pulses and cooking gas cylinders to the poor is also included. Cash assistance was also provided to the farmers and elders under the scheme.