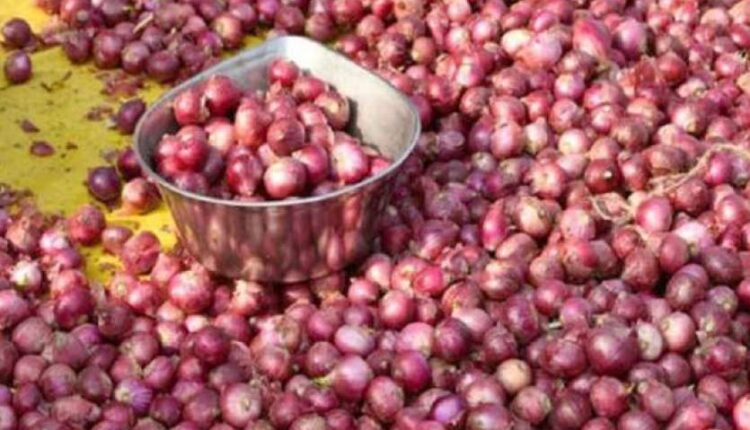 new Delhi. When there is a shortage of onions at the domestic level, foreign onion remains a support. Something similar has been seen in India for the last two years. Last winter too, the price had increased from Rs 100 to Rs 150 more due to reduced arrival of domestic onions. After which there was some relief in the price due to foreign onions. This time too, something similar is being seen, but still the price of onion is a little out of reach of common people. Even now, foreign onion in the market is at 60 to 70 rupees per kg. In fact, foreign onion becomes expensive from 20 rupees to 25 rupees to land at the port and reach the common people home. Let us also tell you what is this complete mathematics? How much are onion prices on arrival at the port
According to an estimate by Ajit Shah, President of Horticulture Produce Exports Association, the cost price of imported onion varies from Rs 40 to 45 per kg at Mumbai Port. This includes the value of the country from which the onion has been sourced, as well as the fare of the water vessel in which the onion has been transported from one country to another. Foreign onion comes in bulk, in this case the entire calcination is added to the price of onion, after which the price of onion is reduced after landing at the port. Price changes as soon as you reach the mandis from the port
After that the second phase starts from Port to Mandis. Onion is sent from Mumbai port to other states of the country. Whose transportation cost also matters a lot. Which state is close to Mumbai Port. It is also very important. According to the onion brokers of Azadpur mandis, foreign onions come through trucks. If we talk about the journey from Mumbai to Delhi, then according to the current price of diesel, the cost of transportation on onion per kg is less than Rs 10 to 15 per kg. That is, onion prices reach 50 to 60 rupees per kg as soon as they reach the market. From Market to Retail
After that, the journey of foreign onion starts from Mandi to retail shop and handcart. According to retail traders, onion is already getting very expensive. After that it costs to bring his transportation to his area. If you travel from Azadpur Mandi to Model Town or Ashok Vihar, then retail businesses charge a transportation charge of up to Rs 5 per kg. After which the price of onion rises from Rs 55 to Rs 65 after reaching the retail shops. 70 rupees foreign onion falling on consumers
Onion comes in the hands of consumers and gets around 70 rupees. One reason for this is that retail traders are currently profiting a lot in this. Profit booking means making profits. According to experts, it also depends on the area. If the shops are in VVIP area, onion price is also possible around Rs 75 per kg. Onion prices are also around Rs 65 to Rs 70 per kg in ordinary areas.

Also read: Petrol and Diesel prices have come, know how much the price has become in your city

Onion prices will be lower than local arrivals
According to Ajit Shah, due to the arrival of foreign onions, the increase in prices has been curbed at present, but the price of onion will decline only when the arrival of new crop will increase. If onion was not imported, the price would have skyrocketed. Rajendra Sharma, General Secretary, Azadpur Mandi Potato Onion Merchant Association, POMA, told that a new crop of onions has started coming in from Rajasthan. However, the arrival of new crops is still declining.