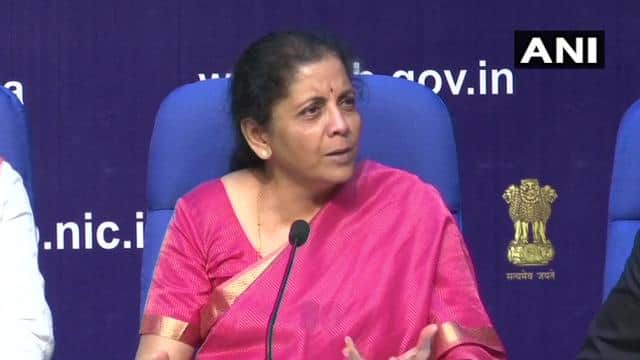 In the third installment of the economic stimulus package, on Friday, Finance Minister Nirmala Sitharaman announced various measures worth Rs 1.63 lakh crore for the betterment of the agricultural sector. He also announced to amend the Essential Commodities Act and to exempt everyday consumption items like cereals, pulses, edible oils, oilseeds, potatoes, onions. This will allow farmers to sell their produce in the market of their choice.

Prime Minister Narendra Modi earlier this week announced a total package of 20 lakh crore rupees to infuse the corona virus into a sluggish economy. This amount sits around 10 percent of the country’s GDP. This includes an amount of Rs 1.70 lakh crore for the aid package which was announced on March 25, within a few days of the nationwide lockdown being implemented.

Subsequently, the Reserve Bank also announced monetary stimulus measures of about Rs 5.6 lakh crore through various monetary measures. After this, on Wednesday and Thursday, an incentive package of Rs 9.10 lakh crore was announced in which cheap loans to farmers, cash to NBFCs and assistance to power distribution companies to get out of the crisis. A package of about 1.63 lakh crore rupees was announced on Friday.

Finance Minister Nirmala Sitharaman on Wednesday announced a package of around Rs 6 lakh crore to strengthen micro, small and medium industries (MSMEs) in the first phase. The Finance Minister has changed the definition of MSMEs, giving additional time of six months without compensation to contractors and developers for completion of infrastructure and housing sector projects, quarterly reduction in rate of TDS and TCS deduction, submission of income tax returns. To extend the time till November, EPFO ​​also announced a vantage in contribution. A number of announcements were made for the MSME sector such as providing three lakh crore working capital without guarantee and measures to provide more cash to non-banking financial companies (NBFCs) and housing finance companies (HFCs).