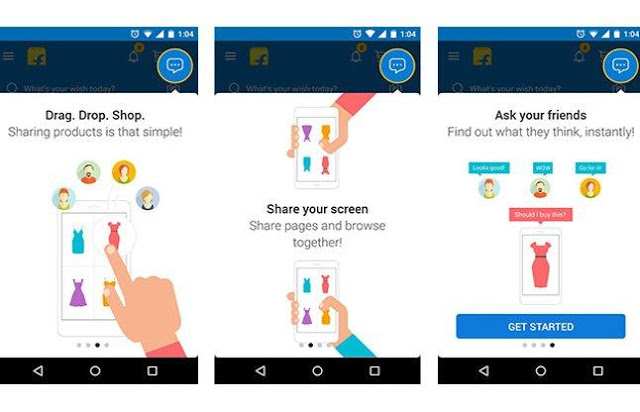 Bangalore Based notable E-commerce firm Flipkart, have launched a feature in its mobile app which is similar to WhatsApp. The app feature is called Ping will allow you to know your friend’s opinions by sharing photos and videos.

According to Puneet Soni product head at Flipkart said the reason for the launch of this feature in the app is to include social experience in the online shopping. He also said that traditionally when people go for shopping, they take feedback from family and friends. Using Ping feedback of the product can be made via screenshots.

Flipkart’s Ping feature can also be used for chatting with friends in the same chat window. While in WhatsApp you can only chat with one friend at a time. However, WhatsApp feature called WhatsApp group allows you to chat with multiple people together.

Flipkart ping can work on the slow net connection as well. It also supports old version of Android 2.0 to the new OS version as well. Also, the company claims that another app once connected consumes 2 MB data while Ping takes only 80 KB.

This app is currently beta or testing mode. The company has sent Invite to app users. Those who have not received the invite, they will not be able to use the app. If your friend has been given the invite, so you can take help of your friend to get the invite for the app.

The primary purpose of the launch of this feature is to focus on mobile commerce and marketing. Last year Flipkart user base through mobile was 20%, while this year it reached to 70% which means mobile is now the primary option for the user to shop on Flipkart.

Mobile Commerce is aggressively penetrating in the market and so only Flipkart, but Snapdeal has also launched a mobile marketplace last month called the shop.