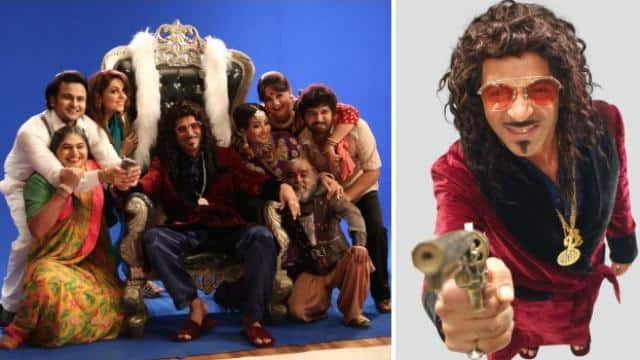 Comedian Sunil Grover is bringing his new show ‘Gangs of Filmistan’. This show full of laughter for fans will start airing soon. Sunil Grover says that he will donate whatever he earns from the show to charity. Sunil Grover will be seen as a don in this show. This character of Sunil Grover is in discussion among his fans.

In Gangs of Filmistan, many actors will be seen performing together. Not only this, the best comedians are coming together who will be seen playing many of the best characters of Bollywood films. This show of Sunil Grover is coming to tickle the audience from 31 August.

‘Gangs of Filmistan’ will feature Shilpa Shinde, Upasana Singh, Paritosh Tripathi, Jatinder Suri, Sugandha Mishra, Siddharth Sagar and Sanket Bhosle. Sugandha Mishra and Upasana Singh have shared some pictures of the shoot from the set, in which all are seen in different characters.