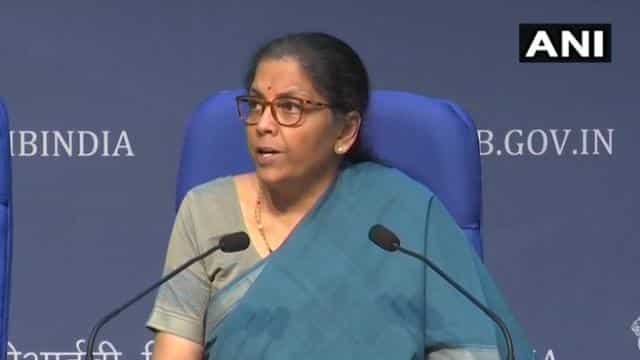 In view of the situation arising due to Corona virus, an additional allocation of Rs. 40 thousand crore was made for MNREGA with the aim of providing employment to the migrant workers at their respective homes.

Finance Minister Nirmala Sitharaman and Minister of State for Finance Anurag Singh Thakur, while giving information to reporters today for the fifth consecutive day as part of the Self-Reliant India Campaign, said that a provision of Rs 61 thousand crore has been made for MNREGA in the budget of the current financial year but In view of the situation arising due to Corona virus, an additional allocation of 40 thousand crore rupees is now being made.

He said that due to Corona, it will help in providing employment to the workers returning home and this will lead to water conservation property as well as other works. He said that this will give impetus to the rural economy with high productivity.

The Finance Minister said that in the fifth installment of the stimulus package, seven issues’ MNREGA, health and education, business, making the Companies Act non-criminal, ease of doing business, public sector undertaking and resources related to state governments are being taken care of.

Finance Minister Nirmala Sitharaman said that today’s focus is on Land, Labor, Liquidity and Law for a self-reliant India. We started with the poor welfare scheme. Arrangements were made to give free ration to 80 crore people. Cash was added to the account under PM Garib Kalyan Yojana. 8.19 crore farmers have been provided assistance under the scheme in PM Kisan from DBT Technology. 2 crore 81 lakhs were provided to pensioners and the disabled. Funds were deposited in 20 crore accounts of Jan Dhan account holders. 3950 crore rupees were given to the laborers involved in the construction work.

While talking about online education during the Kovid-19 epidemic, the Finance Minister said that for those who do not have internet facility, Prabha himself launched DTH channels. Now 12 more channels are being added to it.

Also read: From Jan Dhan account holders to LPG holders, how much the government helped everyone

Taapsee Pannu’s bad condition, said when the AC of the room is bad – who should I call to fix it