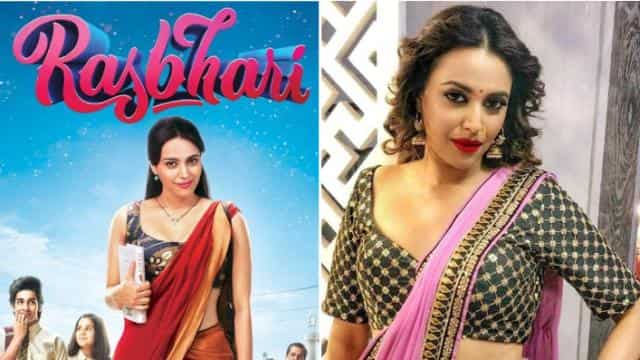 The trailer of Swara Bhaskar’s upcoming web series Rasabhari has been released. Swara is going to be bold as a school teacher once again in this series. The mixed reaction of the fans on the series trailer has been revealed. After watching the trailer, Uday Bhaskar, father of Swara Bhaskar, has given a reaction.

Commenting on the trailer of ‘Rasbhari’, Swara Bhaskar’s father wrote, ‘Wow I am proud of you for your versatility on screen’. Reacting to this tweet, Swara wrote, ‘Papa don’t watch this film in my presence’.

Bravo @ReallySwara … proud of u …. for your professional versatility …. small & big screens …. https://t.co/0Ct5ca3Lzc

Daddy! 🙏🏽💜🤓 Please investigate watch it when around around https://t.co/To0T3qOdbW

Directed by Nikhil Nagesh Bhatt, the series is being released on June 25 on Amazon Prime. The series is a comedy-drama in which a boy falls in love with his class teacher, playing Swara Bhaskar as his class teacher. However, the big twist in the story is that it has a double role by Swara Bhaskar. In one role she will be seen teaching you school children, while in the second role she is playing the role of a prostitute named ‘Rasbhari’. The trailer is very bold. That’s where it is filled with double meaning.

Apart from Swara Bhaskar in this series, Ayushman Saxena, Rashmi Agdekar, Chittaranjan Tripathi, Neelu Kohli, Pradyuman Singh, Sunkshi Grover, Manju Sharma, Aruna Soni, Akshay Soni, Newcomer Akshay Bachoo. The story of Rasbhari is written by Shantanu Srivastava. Swara Bhaskar, appearing in the web series for the first time, is in the role of Rasbhari and English teacher Shalu Bansal. In this web series, people will get to see a new style of Swara.