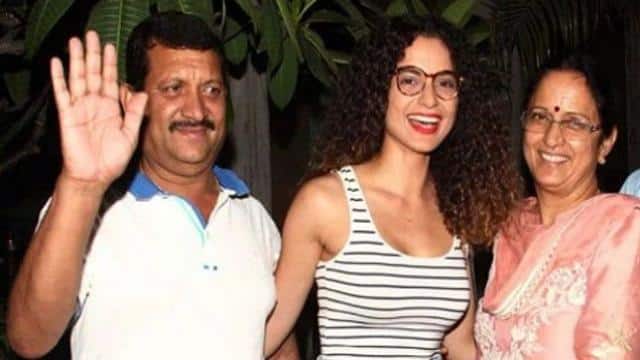 Bollywood’s Kangana Ranaut’s father Amardeep recently spoke about the daughter. He says that Kangana is doing exactly what she is doing.

Kangana’s father said, ‘She does not leave her father either. To make me understand what Struggle meant, he shared our family’s private chat on social media.

He said, ‘The way they are getting the support of the country, I can understand what the fight is about now. Yes, but like every parent, we also worry about Kangana’s safety. Regardless of how big and successful she has become, we still worry about her. But now I am not upset for him because I know how important his fight is to him. ‘

Kangana’s father also said, ‘She is doing exactly what she is doing. He has achieved this position on his sorrow. She is a symbol of women empowerment. That is why the whole country stands with him.

‘I was addicted to drugs’: Kangana Ranaut’s video viral

After the action of BMC at Kangana Ranaut’s office, Actress’s mother Asha Ranaut attacked the Shiv Sena fiercely. Asha expressed her anger at the Shiv Sena in a conversation with the news channel. Kangana has now shared a video of her mother and told that she is scared of her mother’s anger.

Kangana wrote, ‘Like Mata ji, in our childhood, we used to take our class, the same class they also attached to the Shiv Sena, this is not known to the Shiv Sena in the form of silver, but I still feel very scared.’

Akshay Kumar apologized to fans by sharing video, know why

Sunny Leone spoke on her career in Bollywood – people took time, but am happy that they accepted me