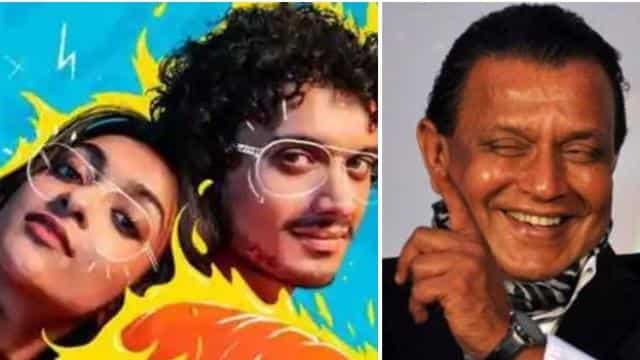 Namashi Chakraborty will soon make her Bollywood debut with Rajkumar Santoshi’s film ‘Bad Boy’. However, before his debut, people started talking about the similarity of his look with his father and eighties superstar Mithun Chakraborty.

To this, Namashi said, “I am ready for comparison.” Comparison is a way of respect. People will compare me to someone who has been in the industry for so many decades. He is a great actor. “

Of course, they also know that it is a loss for them. He said, “If people compare me with their talent and career graph, then it can be a problem for me. This means that you are looking for another version of Mithun Chakraborty, which is not possible. He is a different actor from a different era. “

While growing up, he has always been standing in front of a mirror and trying to act like his father. Namashi said, “I have seen all his films. I have always loved watching my dad on the big screen. He is my favorite actor, so I copy him a lot, but more than copying his mannerisms and Body language is ingrained in me because he is my dad. I think it is in my DNA more than copying them. “
He is the new star kid entering Bollywood. Asked if he had learned something from the mistakes of others, he said, “Actors are made of natural knowledge. Every actor and actress has her own natural knowledge. Failure is not the fault of the actor or director. The film or the characters may not have got the right time. I don’t think actors are good or bad. There are also actors who are accepted and also actors who are not accepted. I think you should follow your courage and knowledge and give your best. ”

He is proud of his first film, as he got it without his father’s help. Namashi said, “The film’s co-producer, Vakhi Khan took me to Nimarta’s office.”

After this, veteran director Santoshi showed interest in Namashi and he was cast in the film.