Farmers can earn double through Kusum Yojana, know how you can take advantage of the scheme 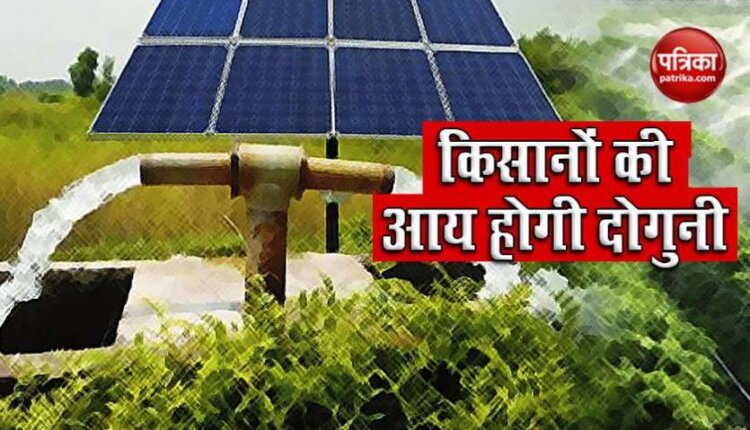 new Delhi : Agriculture is the only sector in which economic growth was seen in the present days. That is why the government seemed to focus more on the farmers under the Self-Reliant India Campaign. For the additional income of the farmers, the government is running a similar scheme under which in the February budget speech, about 20 lakh farmers were given solar pumps.

Invest in Pocket Money Post Office instead of spending, will become millionaire

We are talking about Kusum Yojana, whose full name is Kisan Energy Security and Regeneration Mahaabhiyan i.e. KUSUM. The objective of this scheme is to increase the income of farmers by utilizing the idle land. Under this scheme, farmers will be helped to supply extra power along with installing solar pumps on barren land. The biggest thing is that these solar pumps will be available at 90% subsidy. If you do not know about this scheme yet, then let us tell you about this plan today as well as how you can avail this scheme. Will also tell about him.

Kusum Yojana- Actually in our country agriculture is based on monsoon in most states. For this reason, many times farmers do not get water as per the requirement of farming and the result is that despite the hard work, the farmers do not get the same crop or sometimes due to crop failure, they also have to bear the loss. Therefore, under the Kusum scheme, the government will give solar pumps to the farmers so that they can be irrigated by putting them on barren land. As well as power generation, electricity will also reach the villages.

Who and how can take advantage of this scheme-

Farmers can take solar pumpset according to their need. However, the government aims to provide solar pump for farmers to 20 lakh farmers. Under this scheme, 10,000 MW solar energy plants are to be set up on the wastelands of farmers and farmers will have to pay only 10% of the amount to install solar pumps. 30% of the amount will be given as loan to the bank farmer while 60% of the total cost will be given by the government as subsidy to the farmers. You can get more information about this scheme at https://mnre.gov.in/.

Anupreet Kaur Sep 30, 2020
new Delhi. Reliance Retail may soon get another investor name after Silver Lake and KKR. It is none other than…