Farah Khan, sad to see pictures of Sushant Singh Rajput’s dead body, took out his anger on the media by tweeting 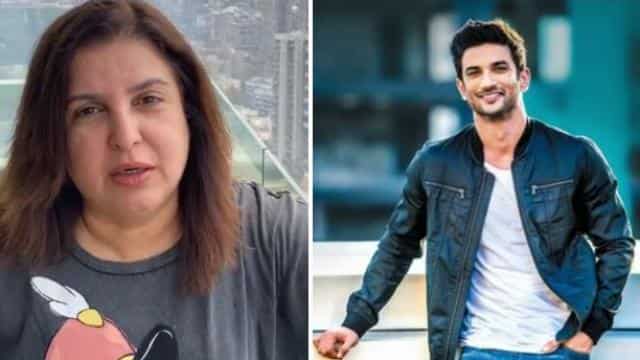 Bollywood’s strong actor Sushant Singh Rajput has been hanged in his house and committed suicide. According to reports, last night Sushant Singh Rajput was with many of his friends, but until late morning when the actor did not open the door of his room, his room was broken. Where Sushant was found hanging from the noose. It is being told in the reports that Sushant was also in depression for several months. The actor’s move has shocked all actors from Bollywood to the TV world. At the same time, some photos of Sushant’s body are getting viral on social media, which Bollywood director Farah Khan got angry and criticized this shameful act by tweeting.

Farah wrote on Twitter, “My friend Sushant Singh Rajput has had a traumatic death at a very young age !! Stop the photos of his death going viral. It’s an accident and not an entertainment !! Is this the world we are living in?” The

My friend #SushantSinghRajput has died tragically at a very young age !! STOP Circulating pictures of his death! This is a tragedy NOT entertainment !! Is this the world we live in now ??!

According to reports, 34-year-old actor Sushant Singh Rajput was in his flat with some friends when he took this big step. In this morning, when the actor did not open the door of his bedroom, friends informed the police about it. What everyone saw after the door was broken was very sad. The actor hanged himself by hanging from a fan. Sushant has reportedly not left any suicide note, due to which many speculations are being made on every side.

It is a strange coincidence that actor’s X manager Disha Salian also died under mysterious circumstances last week. Sushant’s last film Chhichhor, which is a comedy drama by Nitesh Tiwari, also features a student who attempts suicide. However, the police is now investigating the suicide committed by the actor.