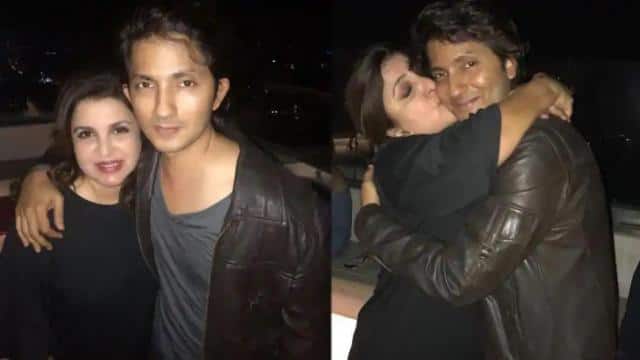 Directors Farah Khan and Shirish Kunder celebrated their 16th wedding wedding on Wednesday. On this special occasion, Farah congratulated her husband Shirish in a different way. Farah has shared some pictures with Shirish on her Instagram account, but the caption she wrote is quite funny.

Farah Khan wrote in the caption, sharing the photos, “Happy 16th Anniversary Shirish Kunder. You are younger than me, beautiful and slim, much more than me and sometimes you are smarter than me. And I will say this once a year. “In the first photo, Farah Khan and Shirish Kunder are seen together in black outfits, while in the second photo Farah is seen kissing on Shirish’s cheek.

Saif Ali Khan got a new tattoo done on his arm, seen in this style with pregnant Kareena Kapoor

Significantly, Farah and Shirish fell in love with each other during the shooting of the film Main Hoon. According to Mumbai Mirror, Farah Khan himself told this in India’s Best Dancer Show. Farah said that there was a lot of fighting between the two during the filming of the film as Shirish flaws the shot taken by Farah. Farah said that after the shoot and editing was over, I was so impressed with Shirish’s work that I decided to give this relationship a chance.