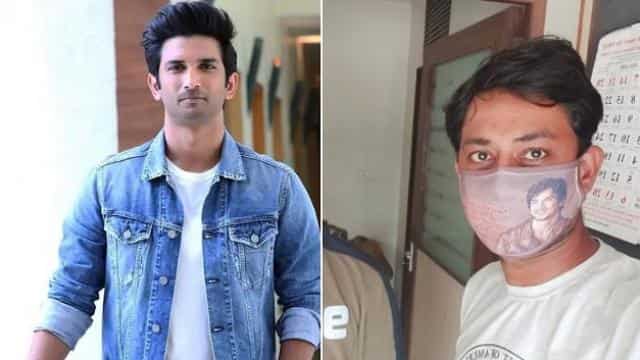 The death of Sushant Singh Rajput has dealt a big blow to his family, friends and fans. Since Sushant’s departure, the fans have been sharing many videos and photos related to him on social media and now recently he has also removed masks of Sushant’s photo.

Actually, Sushant’s fans are using masks bearing his photo amid the corona epidemic. In this mask, a message is also written, ‘I am defeated by the body, the soul is just a bird. My heart is still beating, my brother, you are still alive in my heart. ‘

Sushant’s postmortem The report came out, the secret of open actor’s death

Sushant’s final postmortem report has been submitted to the Mumbai Police. According to the report, Sushant died of asphyxiation. The viscera of the actor has also been kept for chemical examination. Earlier, the provisional postmortem report was signed by three doctors. At the same time, a team of five doctors has signed on this final report.

The report states that this is clearly a case of suicide and there is no conspiracy. In the Sushant case, the Mumbai police has recorded 23 statements so far. These include his alleged girlfriend Rhea Chakraborty, his father and sisters, his close friends, servants and other employees. Apart from this, a statement has also been recorded by director Mukesh Chhabra, who is the director of Sushant’s upcoming film ‘Dil Bechara’. Police say the building’s CCTV cameras were working. Sushant’s dog was in another room during the incident.