Fan lit up lamps outside Sushant’s house, actor’s sister said – will raise her voice till justice is done 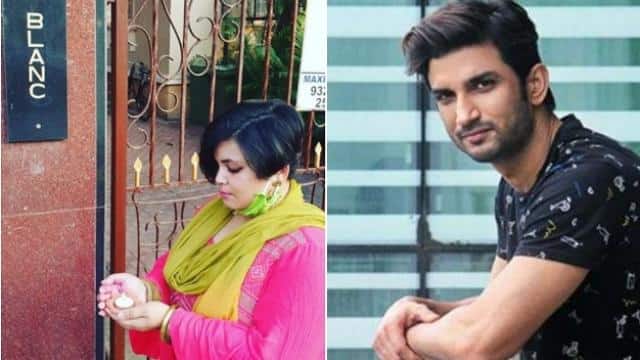 The death of Sushant Singh Rajput has completed 5 months on today i.e. Saturday. CBI investigation is going on regarding Sushant case. Today, on the occasion of Diwali, Sushant’s fans have lit diyas outside the actor’s house. Sushant’s sister Shweta Singh Kirti shared the photo and said that she would wait for justice. Actually, Shweta has shared a photo of a fan who is standing outside the Sushant’s Mumbai house with a lamp.

Shweta shared the photo and wrote, ‘Yes, we believe in this system and we will keep moving forward. Keep raising your voice till we get justice. ‘

Fans are commenting on Shweta’s post that we too are waiting for justice.

Shweta has since shared a photo of her son. While sharing this photo, Shweta has congratulated the fans on Diwali. Fans are reacting a lot on this photo. Fans are commenting that Shweta’s son has a glimpse of his maternal uncle Sushant. So some say that Nirwan’s eyes are like Sushant’s.

Explain that the CBI investigation in Sushant case is still going on. However, earlier AIIMS report came out which said that Sushant died due to suffocation.

At the same time, the names of many celebs have surfaced since the drugs angle in the Sushant case. So far NCB has questioned Deepika Padukone, Rakul Preet, Sara Ali Khan, Shraddha Kapoor and Arjun Rampal.

However all these celebs have confessed that none of them take drugs. Riya Chakraborty, who was arrested in the drugs case, is now out on bail.

Happy Diwali 2020: From Amitabh Bachchan to Manoj Bajpayee, these celebs congratulated the fans on Diwali