Fan asked- Why was magic in ‘Koi Mil Gaya’ in the hand, Hrithik Roshan opened the secret 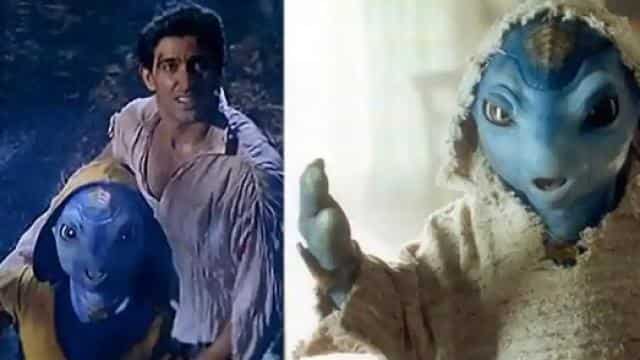 Bollywood actor Hrithik Roshan’s film Koi Mil Gaya proved to be a super hit at the box office. The film, released in the year 2003, also featured a character of Alien magic. Now, after 17 years, Hrithik Roshan has made a big disclosure about magic, you will be shocked to know.

Actually, a fan questioned the magic extra thumb, in response to which the reason behind it was given. One fan asked Hrithik on Twitter, “Noticing a strange thing while watching ‘Koi Mil Gaya’ on TV. Was the decision to give magic an extra thumb like Rohit Mehra (Hrithik Roshan) aimed at both Is there a connection between the characters? “

Rani Chatterjee made of Sabiha to shoot in the temple, actress revealed the real reason for changing the name

Yes. It was to help Rohit feel familiarity. But we had to keep it subtle as the thumb considered look as great as I wanted 🙂 You have a good eye my friend. Stay safe. https://t.co/IFjZk9yDry

In response, Hrithik Roshan responded, “Yes! This was done so that Rohit felt connected with him. But we had to keep it covered, because the thumb did not look like I wanted. My friends are keen on you. Be safe

Let me tell you that Hrithik’s opposite Preity Zinta was seen in the film Koi Mil Gaya. Apart from this, veteran actress Rekha played the role of Hrithik’s mother. It was directed by Rakesh Roshan. Now work is being done on the fourth installment of this film ‘Krrish 4’.