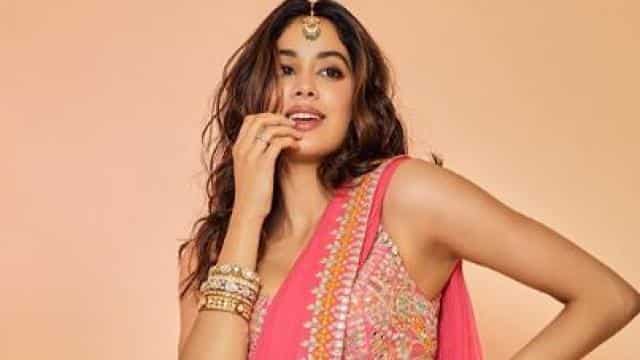 Bollywood actress Jahnavi Kapoor remains very active on social media. Whenever she shares a picture of her, she goes viral on social media. Recently Jahnavi posted a closeup photo of her, which was very much liked. He gave the caption of this photo in such a way that the users were confused. In such a situation, people started asking a variety of questions to Jahnavi, to which Jahnavi gave such an answer which everyone was surprised to hear.

Actually, Janhvi shared this beautiful photo and wrote, ‘Here I am looking at you, baby.’ Jahnavi’s post users did not understand anything and constantly started asking questions. A user asked – Whose children ?? Do you want a child? Janhvi has answered this question. He replied, yes. Although, Jahnavi has said this in a funny manner, but his discussion on social media has intensified.

Let us know that recently, after Boney Kapoor’s house help Charan Sahu, two more house help turned out to be Corona positive. Boney Kapoor, Jahnavi Kapoor and Khushi Kapoor were quarantined for 14 days after finding out on 19 May. A few days later, the three house help recovered completely. On this, Boney Kapoor tweeted and writes that me and my daughters who have been corona negative from the beginning. Now even the staff coronas that have been infected have been cured. Also, 14 days of our quarantine have also been completed. We are all ready for a new beginning.