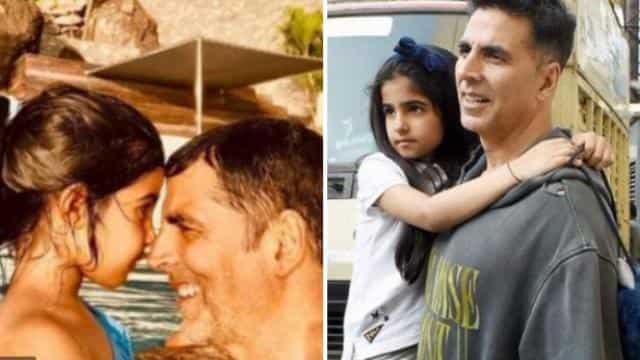 Actor Akshay Kumar is one of the busiest actors in the Bollywood industry. Currently, lockdown is in force due to Corona virus in the country and Akshay Kumar is spending quality time with the family. Recently Akshay Kumar posted a post on his Instagram, on which Fan wrote to him asking questions, Sir, how are you and how is your daughter?

Akshay Kumar replying to him wrote that I am good. I am safe at home, with my family. My daughter is also good and keeps me grounded. Just this morning he has defeated me in a bicycle race.

Akshay gave censor wrist band to police
Let us tell you that Akshay Kumar has recently extended a helping hand to the Mumbai Police. He has given 1000 censored GOQii wrist bands to the police. According to reports, the symptoms of Kovid 19 can be detected through this band. Through this GOQii Vital 3.0 band, the body temperature, heart rate, blood pressure, calories and step count can be known.

It is also being said that through the censors of this band, the symptoms of Kovid 19 can be detected early, which can prevent the virus. Akshay Kumar is the brand ambassador of GOQii.

Responding to Mumbai Police’s tweet, Akshay wrote, “I salute Mumbai Police.” Head constables Chandrakant Pendurkar and Sandeep Surve spent their lives fighting Corona. I have done my duty, I hope you will do yours. Never forget that if we are safe and alive then only because of them….