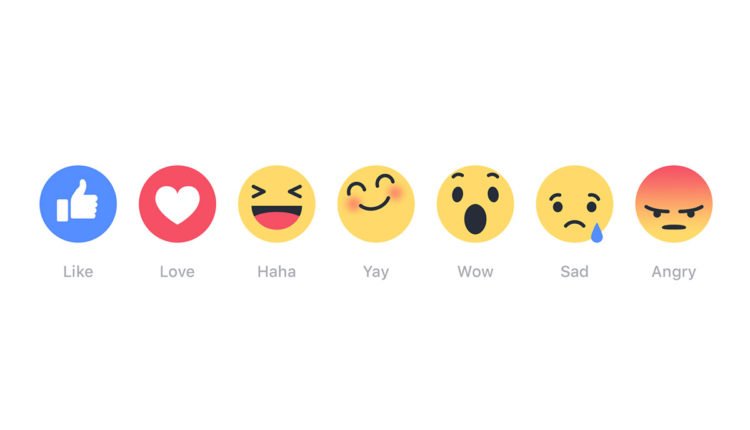 Facebook entered a new era on Wednesday, moving beyond it’s iconic ‘like’ button and adding what it calls ‘Reactions’ that allow users to express a greater variety of emotions.

The move by the tech giant has been a long time coming. Users have expressed the need for a ‘dislike’ button for many years, because not everything that happens in the world is something to ‘like.’
We’ve finally heard you and we’re working on this and we will deliver something that meets the needs of the larger community.
— Mark Zuckerberg

“We’ve finally heard you and we’re working on this and we will deliver something that meets the needs of the larger community,” Facebook founder Mark Zuckerberg said at the company’s headquarters during a town hall meeting last September. It didn’t turn out to be a dislike button though. In October last year the company unveiled six additional buttons: Love, Haha, Yay, Wow, Sad, and Angry, which it started testing in a few select areas around the world.

on Feb. 24 it rolled the new buttons out to all it’s 1.5 billion users around the globe. “We understand that this is a big change, and want to be thoughtful about rolling this out,” wrote Sammi Krug, product manager at Facebook in a statement online.

To add a reaction on your mobile, hold down the Like button, and scroll through the icons to select the one you want to use. On a desktop hover over the Like button to access the other icons.

Facebook said that how you use the new buttons will affect what you see in your newsfeed. Based on the type of Reactions you frequently use, Facebook’s algorithm will tailor the content it shows to you.

Injected EGC – A product that Saves money; Exhibits at Surge