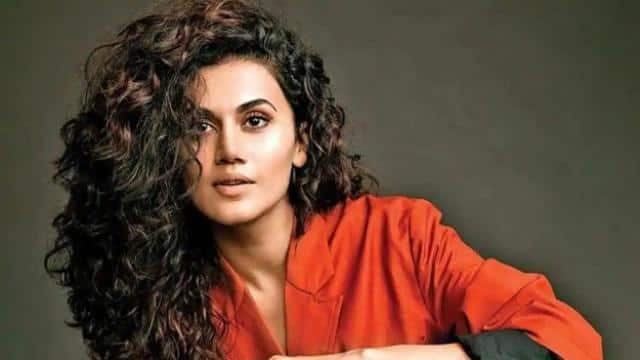 Bollywood actress Taapsee Pannu is in conversation today in the special offering ‘Jeetega Hindustan’ which started in the wake of Corona virus. Shashi Shekhar, Editor-in-Chief of ‘Hindustan’, is talking to actress Taapsee. During this conversation, Taapsee was asked that for the last few days, some people of Bollywood have been facing allegations that many outsiders do not get work because of them, what happened to you?

Taapsee replied, ‘Yes, there are such people. This has happened to me as well. Some films had gone out of my hands too because of those families and children, but it was not that I did not know that this would happen to me ‘.

Tapasi said, ‘But I would like to ask questions to the public and the media, are you not responsible for this? Do you guys book tickets for the films of our outsiders? You go to watch our films only after reading 5 reviews and you go to watch the movies of the star kids that are launched without reading the reviews’.

Taapsee further said, ‘If you talk about the media there, do you guys give the same coverage to all of us as Star Kids. You don’t cover a star kid who has never shot a scene as much as an outsider actor. ‘

Taapsee was also asked that if big movies are being released on OTT, what will be the effect? The actress said, ‘I don’t think it will have any effect for a long time. This has been happening for some time now. If it happened for a long time that the film would be released on OTT, then a lot would change. The star system will change. Seeing the film, it will be discussed whether the film is worth watching or not on the weekend collection.