Even Google Can Go Wrong!

“Why don’t you search on Google?” There is an immense belief on the accuracy rate of the search engine. It has the solution to most of our queries. The conviction in Google can never go wrong. However, the obverse is possible too!

During a random search on the ‘India’s first prime minister’, this is what we discovered. Along with the name of India’s first Prime Minister Jawaharlal Nehru, there was Narendra Modi’s picture. Below it, there is a link providing the entire list of the Indian Prime Ministers.

Though evidently, it’s a technical glitch, it isn’t the first time that Google has committed an error. A few months ago, Google listed Narendra Modi under the ‘Top 10 Criminals’. His name appeared with famous criminals including Dawood Ibrahim, Delhi Chief Minister Arvind Kejriwal and Microsoft founder Bill Gates. 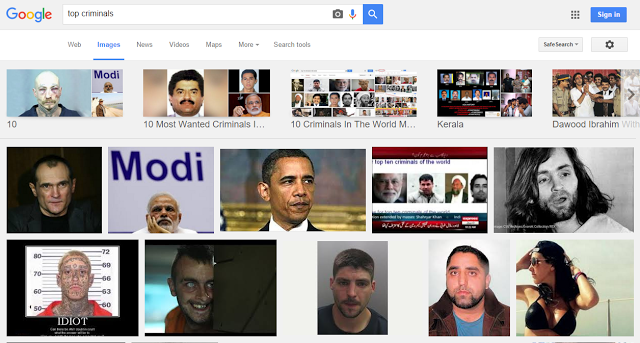 Users were not only shocked but took it to the twitter. Later, #top10criminals was trending on the micro-blogging site. In another news, Google named Modi under the ‘world’s most stupid prime ministers’. The other leaders in this list included David Cameron and Tony Abbot.
However, Google had apologised for the same citing that the algorithms are not under its control and it depends on the tags that websites use.
So, where is it heading? Google versus Modi?

Protests in Punjab over Torn Pages of Guru Granth Sahib