Even after so many years of marriage, Amitabh Bachchan has to scold Jaya for this thing, Big B himself had revealed 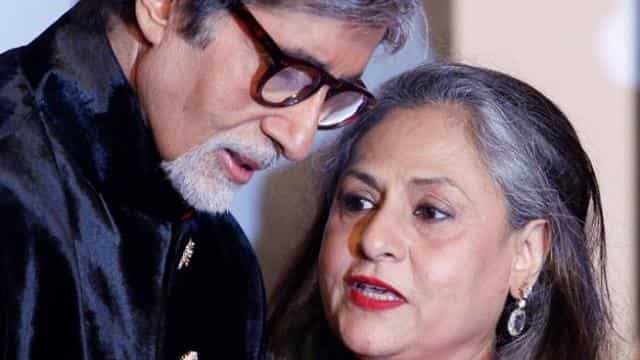 Amitabh Bachchan and Jaya Bachchan have been married for so many years. Both live a happy married life, but do you know that even today, for a reason, Big B gets to hear scolding from Jaya Bachchan. Actually, in the 11th season of KBC, Big B had asked a contestant that how many years have their marriage been? But the Contestants do not remember, on which Big B says, ‘I will give you an advice, and also to everyone else that no one should ever forget their wedding date’.

Big B had said that even today, if he ever forgets the date of marriage, Jaya Bachchan makes fun of him and sometimes he gets scolded.

Due to a condition of father, Amitabh Bachchan married Jaya within 24 hours

Big B and Jaya got married on June 3, 1973. In front of Amitabh, his father Harivansh Rai Bachchan had placed a condition that he had to marry Jaya within 24 hours. There is an interesting anecdote behind it.

Actually, this story was revealed by Big B in one of his blogs. Big B told that he had promised his friends that he would take them to London if his film became a hit.

After this, Big B tells his parents that his group is going to London. The father asked him who was going who? Big B also took the name of Jaya along with friends. The father asked, ‘Is Jaya also going with you? Amitabh said- Yes.

During that time his father put a condition, which Amitabh had to accept. He told Amitabh that if you want to go to London with Jaya, then you have to marry him first. Only then you can take it with you.

Due to this, Amitabh had to marry Jaya Bachchan overnight. After this, both of them left for London on the night of the wedding.