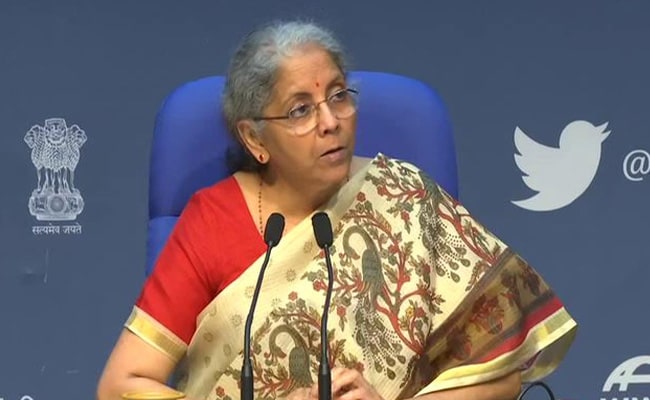 The government has increased the limit of maximum annual contribution of the employee from Rs 2.5 lakh to Rs 5 lakh in respect of keeping the interest on provident fund tax-free. Finance Minister Nirmala Sitharaman said on Tuesday that the interest paid on an employee’s contribution of up to five lakh rupees per annum to the Provident Fund (PF) will not be taxed. Finance Minister Nirmala Sitharaman announced in the 2021-22 budget presented in Parliament on February 1, 2021 that on the interest on the contribution of more than two and a half lakh rupees per annum in the PF of the employees in the new fiscal year starting from April 1, 2021. Tax will be levied. For this, the contribution made by the employer was not included in the calculation.

After Sitharaman’s reply, the House passed the Finance Bill 2021 by voice vote. With this, the process of passing the budget 2021-22 was completed in the Lok Sabha. After the passage of the Finance Bill from Parliament, the tax provisions made for 2021-22 get approved. The bill was passed after accepting 127 amendments to the legislations proposed in it. The Finance Minister said that only one percent of provident fund account holders will be affected by the tax proposal on interest received on provident fund. This tax proposal will not have any effect on other account holders as their annual PF contribution is less than 2.5 lakh rupees.

Sitharaman said, “Normally both the employee and the employer contribute to the provident fund, but there is also a contribution that is only on behalf of the employee, not the employer’s part in it.” The provision will come into effect from April 1. The Employees Provident Fund Organization (EPFO) has about six crore shareholders. On the issue raised by members about high tax rates on petrol and diesel, Sitharaman said that she would like to discuss the issue of bringing petrol and diesel under the purview of GST in the next meeting of the GST Council. He reminded the members that only the Central Government does not impose taxes on the fuel of vehicles. State governments also impose VAT on petrol and diesel.

Regarding disinvestment, Sitharaman hoped that the target set for the next financial year will be achieved. He said that the manner in which the activity in the market has intensified during the Corona period, it is expected that the disinvestment target will be achieved. The government has set a target of gambling 1.75 lakh crore rupees from disinvestment in the financial year 2021-22. The Finance Minister, while replying to the discussion, also said that the customs structure will be made rational for the convenience of the domestic businessmen, especially the enterprises of MSME Reni. In the case of taxes, he said that the tax base will be broadened. Regarding the equalization fee, Sitharaman said that this will make the conditions similar for domestic businesses who pay tax in India.

Video: There is no change in the interest of EPFO, the rate will remain 8.5 percent