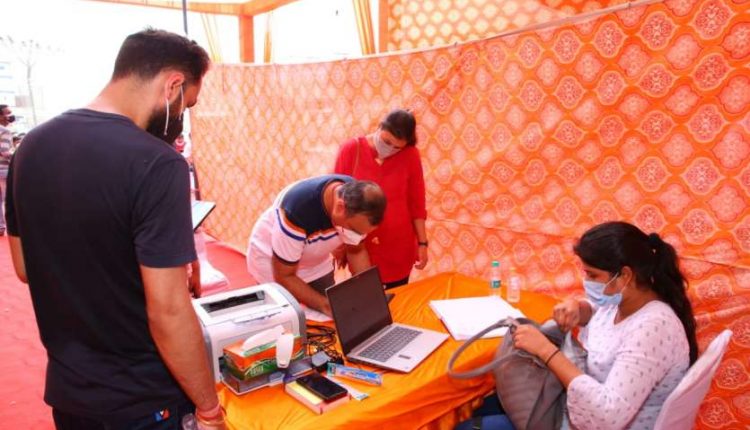 New Delhi. Delhi resident entrepreneur Rohit Khosla is setting new levels of social service with his groundbreaking work with the primary goal of eradicating social problems in India. The concept of entrepreneurship is not only to earn money but also to convert social problems into solutions. Due to hard efforts like hard work and selfless service, very few people accept this type of challenge for the upliftment of the society, but the successful discharge of this responsibility by an entrepreneur like Rohit Khosla has set an ideal before the youth of the country. are of. With his innovative thinking, high qualification and proper use of experience, these social concerns of Rohit Khosla, already shining in the business world, have increased his respect unprecedentedly.

We have all faced and still are facing an unprecedented state of unrest and indecision due to the deadly corona virus pandemic. Ever since the outbreak of the pandemic broke out in the world last year, most businesses have seen a sharp drop in business due to arrangements like Lokdaun. Apart from the closure of businesses, many daily wage workers lost their jobs. India has been one of the most affected countries of the world due to this epidemic, where there have been maximum number of patients and deaths. In such a situation, frontline warriors and social workers have contributed a lot in the betterment of the country. Apart from this, entrepreneurs like Rohit Khosla have also done commendable work during the crisis.

During the peak of the severe second wave of COVID-19, Rohit Khosla has helped the hard-hit people hit by the pandemic to a great extent. With the rising number of positive cases across the country making it difficult for hospitals to admit patients suffering from the deadly virus, Rohit Khosla humbly came forward to help arrange oxygen-providing equipment and beds in hospitals. Along with this, his dedicated team also helped people a lot by arranging plasma at many medical centers. Recalling that heart-wrenching situation, Rohit says, “The country had seen more than 400,000 cases in a day many times, such a dire situation did not let me sit comfortably. In such difficult times, the needy people in any way can be helped. Help brings a feeling of peace.

However, for some time, the number of infected cases in the country has come down to less than one lakh in a day. To conduct proper testing and diagnosis, the businessman had launched free COVID-19 RT-PCR tests and blood tests in the Delhi/NCR region through his venture, New Delhi Medical Center (NDMC). Approved by NABL and ICMR, the rapid antigen and RT-PCR test was done after taking permission from the government authorities and the concerned medical bodies. Along with this his company is running a vaccination campaign to control the COVID-19 cases. NDMC has already started drive-thru and walk-in vaccination in seven different locations in West Delhi, South Delhi and Gurugram. The Khosla center has two vaccines available – Kovishield and Sputnik V. He further revealed that the number of positive cases can be controlled only if vaccination is done across the country. Well, this new initiative taken by the entrepreneur is an achievement in itself.

The young and dynamic entrepreneur based in the nation’s capital is an alumnus of Oxford University, where he did his MBA. In addition, he has done several certification programs and courses in various disciplines of business. After completing his studies, the versatile entrepreneur joined his family business R.K International Group. The in-depth knowledge that Rohit Khosla has gained over the years has helped him to expand his business in different parts of the world such as London, South Korea, Poland and the Middle East. He became a phenomenal business leader and a true hero for his countrymen in such difficult times.

Due to corona, a lot of expenditure on treatment, deposit capital in the bank decreased

SBI and HDFC customers beware, if PAN-Aadhaar is not linked by June 30, there will be trouble