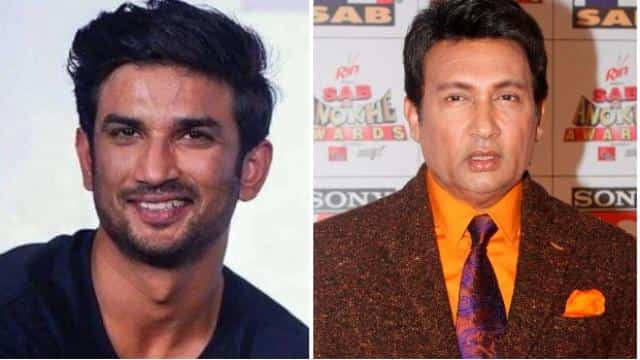 A week has passed since Bollywood actor Sushant Singh Rajput died. On Sunday, June 14, it was reported that Sushant committed suicide by hanging himself at his Bandra flat. This news brought mourning to the entire film industry. After Sushant’s death, a debate has erupted over nepotism. Other social media platforms including Facebook, Twitter, Instagram and WhatsApp, youth have waged a war against nepotism. The youth alleged that Sushant, a rising star in Bollywood, committed suicide due to nepotism. Now meanwhile, actor Shekhar Suman has also given his reaction to the death of the actor and the death of Anineta.

For information, tell that many people in Bollywood have raised their voice against the nepotism going on in Bollywood, while many people are still silent. Shekhar Suman has targeted such people only. Shekhar Suman tweeted that “all the lion in the film industry has become a rat, and has entered the bill with the wrath of the fans of Sushant. Masks have fallen. The hypocritical people are exposed. Bihar and India will not sit silent until the culprits are punished. Bihar Zindabad ”.

Let me tell you that Shekhar Suman is also from Bihar. The kind of tweet that Shekhar has tweeted clearly shows that he is against Bollywood factionalism and nepotism. Shekhar has been blaming some Bollywood people for his suicide since Sushant’s suicide. He is constantly writing on social media.

Will Kajol launch daughter Nyasa in Bollywood, know the answer

Let me tell you that Sushant Singh Rajput, who was going up the stairs of success in Bollywood, suddenly came up with many questions from his suicide. On one hand, it was revealed in Sushant’s post-mortem report that Sushant died due to hanging, whereas police has been investigated in every angle of the case. 10 people have been questioned, including Sushant’s girlfriend Rhea Chakraborty. At the same time, many actors including Kangana Ranaut, Raveena Tandon, Ranvir Shorey have shared their views about nepotism in Bollywood.