Electricity consumers will get a big gift, relief in the bill, this is the complete plan of the government 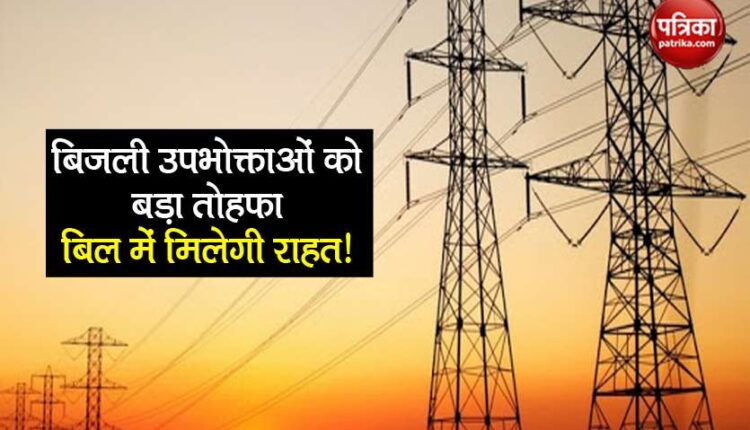 new Delhi.
Electricity Consumer Rights Protection Act 2020: Central Government is going to give big relief to electricity consumers. The government is going to bring a bill, from which the common man will get a new electricity connection within 7 to 15 days based on only two documents. Also, the arbitrariness of power companies will also be curbed. The government can introduce this bill before Diwali. According to the report, if consumers get electricity bills late then they will get a discount on it. Many more similar provisions are included in this bill. The government has sought suggestions from concerned departments, companies and people on this draft till 30 September.

About 1.75 crore small shops are on the verge of closure, this report revealed

There will be many provisions in the bill
The new draft makes provision for providing 24X7 working call centers to customers for reliable service, making it easier to get electricity connections, compensating for service delays on behalf of power distribution companies and resolving consumer complaints. It has been said. According to the draft Consumer Protection of Electricity Act, 2020, if it becomes law, the customers will soon be able to take electricity connection with the help of only two documents. At the same time, if the electricity distribution company sends electricity bill late then the customers will not have to pay any penalty and will also get a rebate of up to 5 percent on the electricity bill.

Power cuts will have to be accounted for
According to the information, the power distribution companies will also have to decide how often the average power cut per consumer will happen every year and for how long. A provision has been made to create a grievance redressal forum for this.

New connection will be available in 7 days
After this bill, consumers will not only get relief in electricity bill, but new consumers will also get relief. In this bill, the Ministry has also set a time limit for giving new connection of electricity. In larger cities this period will not exceed 7 days. At the same time, 15 days have been given for this in the municipal areas. It has been made mandatory to provide electricity connection in rural areas within 30 days.