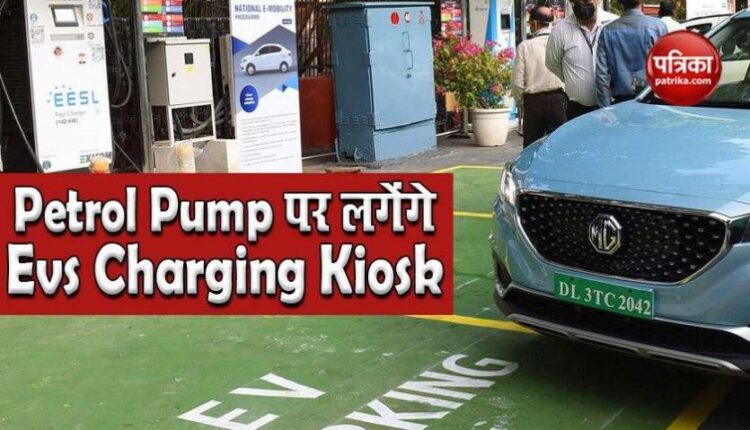 new Delhi. For those who have or are considering an electric vehicle, this is big news. The central government has started working seriously on promoting EVs and removing the charging problem of people. According to the information, the government can issue an order to install Electric Vehicle Charging Kiosk on 69 thousand petrol pumps of the country. Also, EV charging kiosks are also being considered mandatory on private companies, petrol pumps.

Also read: After all, which is the Vodafone Idea Postpaid Plan, on which TRAI has a teary eye

RK Singh gave suggestions
Power Minister RK Singh, present in a review meeting in this matter, suggested before the Petroleum Ministry that an order could be issued to petroleum companies under administrative control to install charging kiosks at all COCO petrol pumps. On the other hand, other franchisee petrol pumps may also be recommended to install a charging kiosk at the stations. According to the new guidelines of the Ministry of Petroleum, at least one alternative fuel option is mandatory on all new petrol pumps.

Also read: How different are the plans of Jio and Airtel from Vodafone Idea Prepaid Plan

There is a possibility of working in these cities in the first phase
According to the power ministry, it is planned to install EV charging structures in Delhi-NCR, Kolkata, Chennai, Hyderabad, Bangalore, Vadodara and Bhopal. Also, the Ministry is preparing to put EV charging structure on the National Highway. This will encourage more and more people to buy electric vehicles.

The employees of Etihad Airways will get relief from the month of September, know what is the whole matter

Will you benefit from Covid-19 loan relief? Will there be relief on credit card dues?…

Anupreet Kaur Oct 29, 2020
new Delhi. Today the stock market has seen a decline. This decline has seen a rise of 23 paise against the rupee.…